The other night as I was tucking my 11 year old son into bed, he asked if I would lie down with him for a few minutes.

He was listening to an ‘Adventures in Odyssey’ CD and wanted me to hear the latest story in the series.

Now, this was one of those moments that every mom of a tween boy dreams about. Normally at bed time any kind of overtures (a.k.a. kisses) from me are met with “Ew, mom, stop!” I, of course, ignore him and just keep kissing and hugging him. And I especially love going back into his room after he is sound asleep and kissing his cheek over and over since he can’t squirm away from me then! 😉 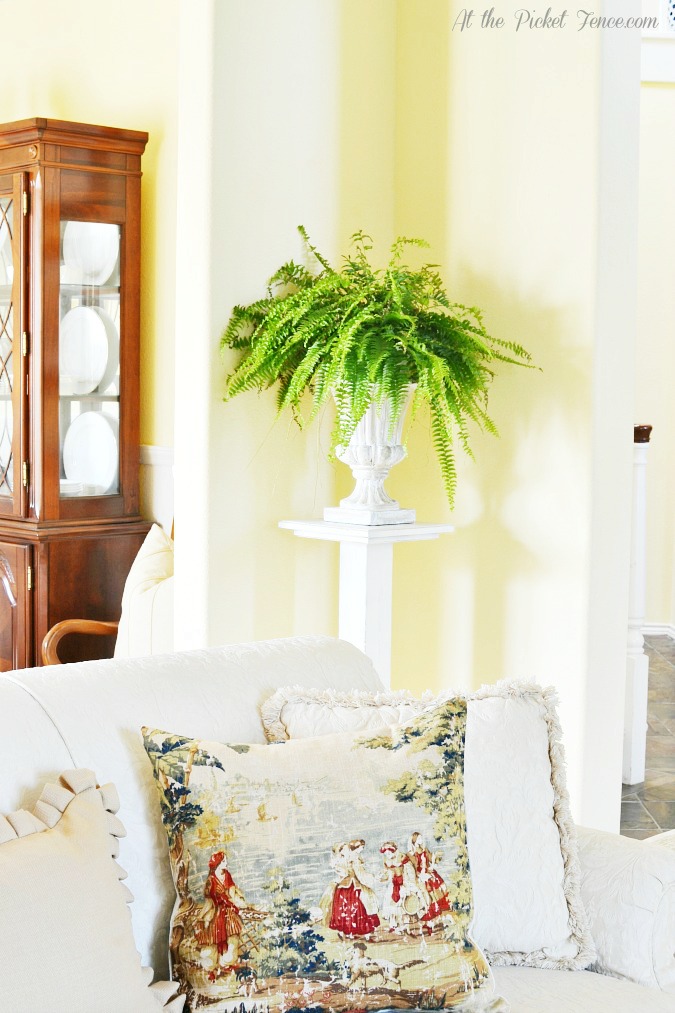 As I lay there next to him I realized that I was starting to get sleepy…very, very sleepy. So, in an attempt to perk myself up a little bit and, let’s face it, to try and make my son laugh, I began to act out the scenes from the story.

I was bold! I was theatrical! I was dramatic! And, the best part…I had him laughing. Ok, so he was laughing and rolling his eyes at me but still!

He said, “Oh mom, I’m totally hilarified right now!” Now I pride myself on being up on the latest slang words but this one was new to even me. “What’s ‘hilarified’?” I asked him.

“You know, like when I think what you are doing is partly hilarious but I’m also partly horrified.” 😉

And thus a new word was added to our family dictionary. 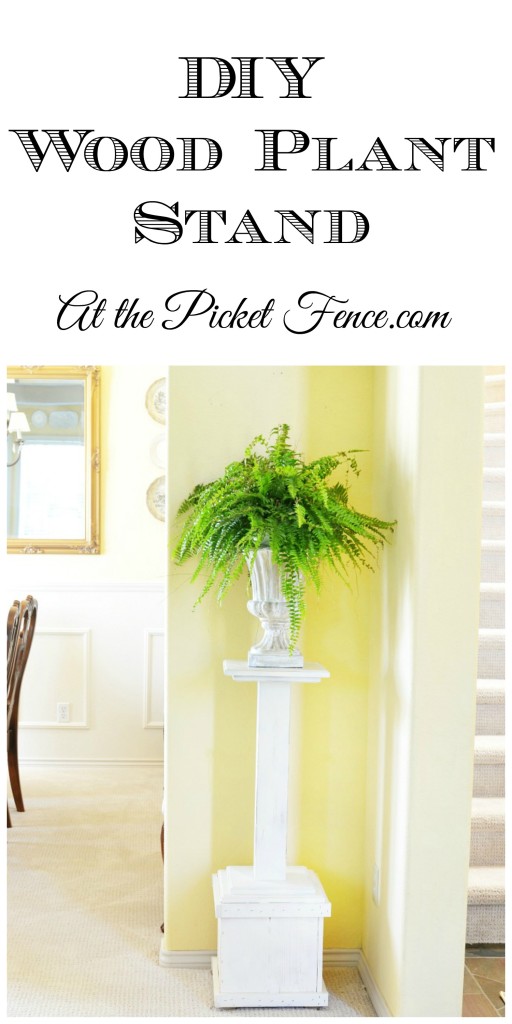 I’d been on the lookout for some time now for a plant stand to go in this little corner of my living room. And I thought I had found the perfect one at a second-hand store until I realized that it was just way too short.

Then I had an idea…but I realized quickly that it could either end up looking totally awesome or I could find myself completely ‘hilarified’ by it! 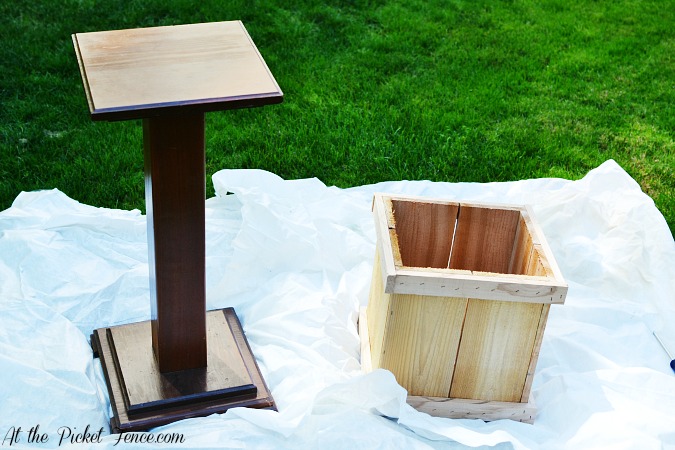 I removed the feet from the bottom of the wood column. I’m pretty sure that it’s not a pulpit but doesn’t it remind you of one? Maybe it will come in handy when I need to ‘preach’ a few sermons to my kiddos! 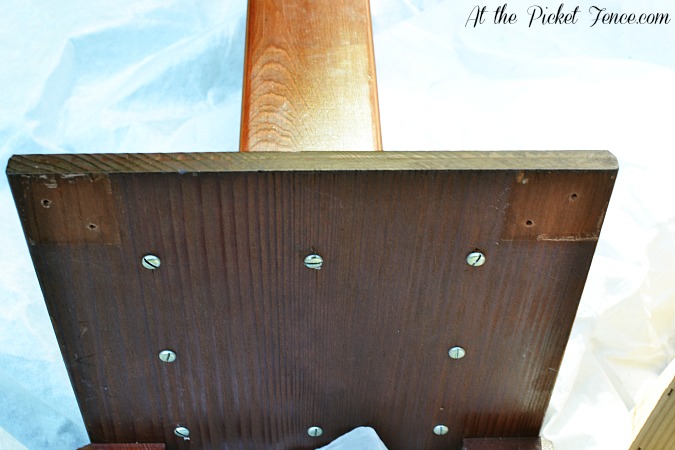 Then I attached the wood column to the planter box using wood glue. 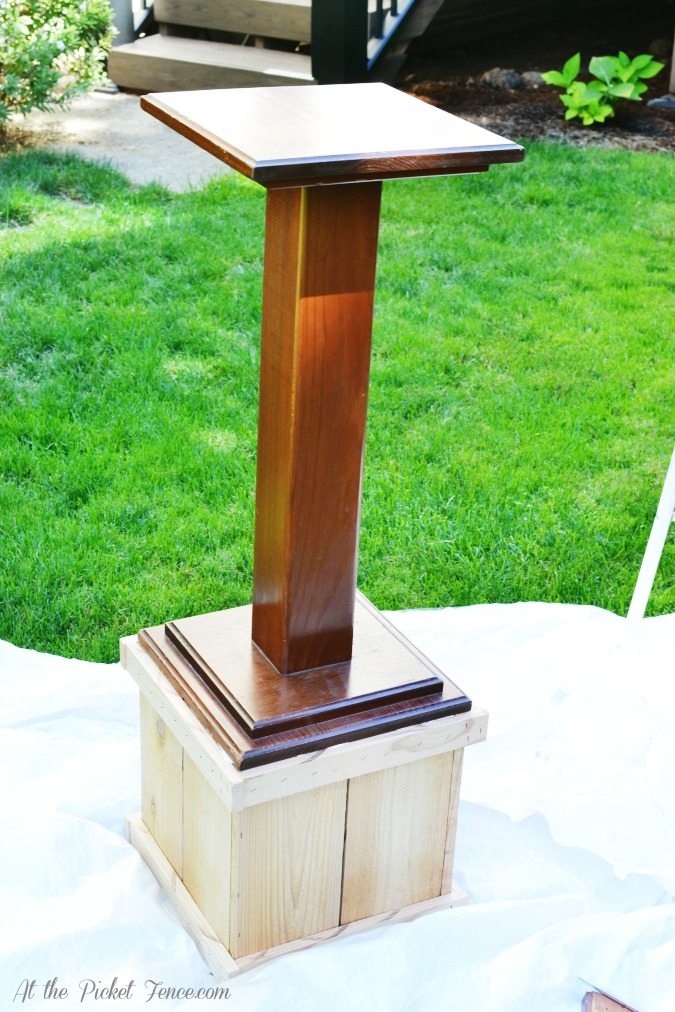 The entire thing received a couple of coats of creamy white paint a little bit of distressing. 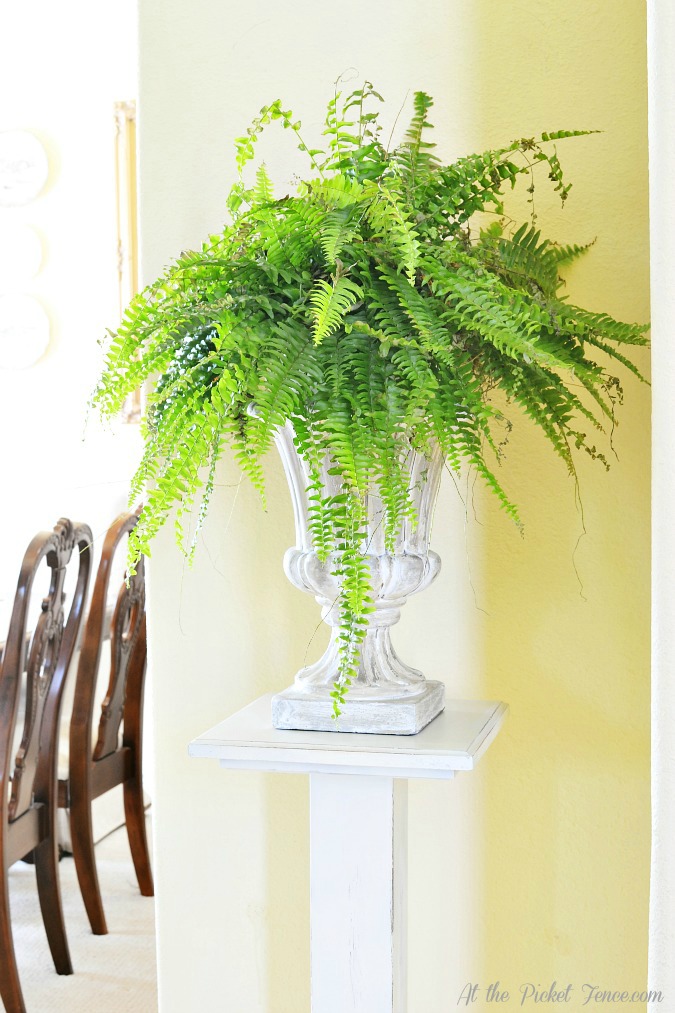 Turns out I wasn’t ‘hilarified’ after all! 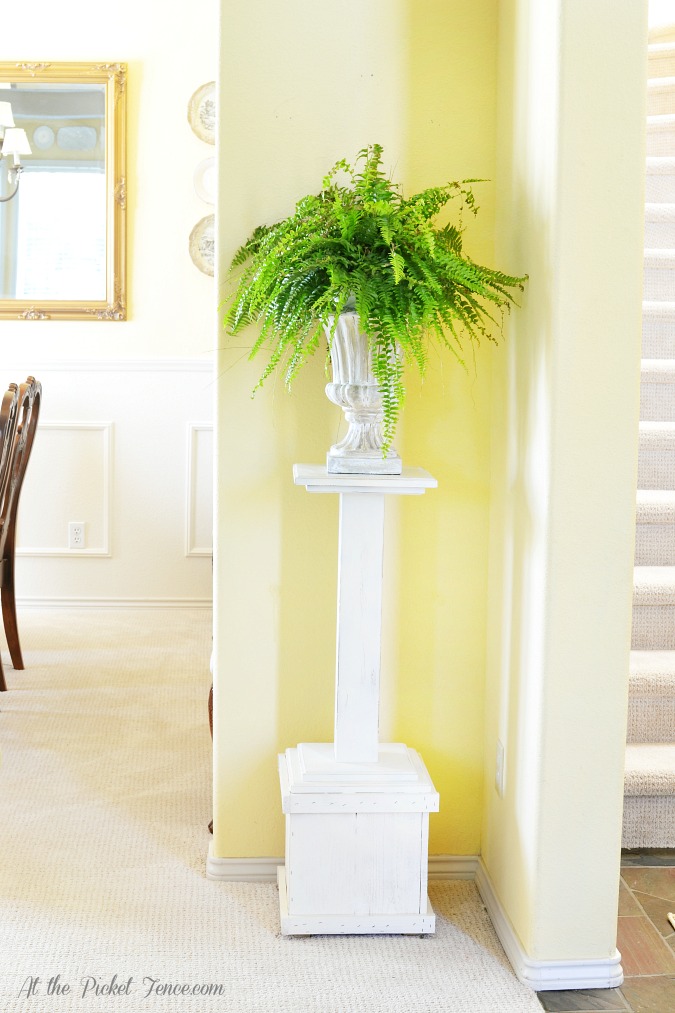 I was thinking the other night about how being a mom of a tween boy is like a ‘dance’. I’ll elaborate on that more in another post.

But, for now, let me just say that being told that I ‘hilarified’ my boy felt like a ‘win’ to me. Because moms of boys know that behind that eye roll and that “Oh mom” they really do love it when you crack them up.

And let’s face it. It’s really just pay-back for all of those times when they ‘hilarify’ us, right? 😉 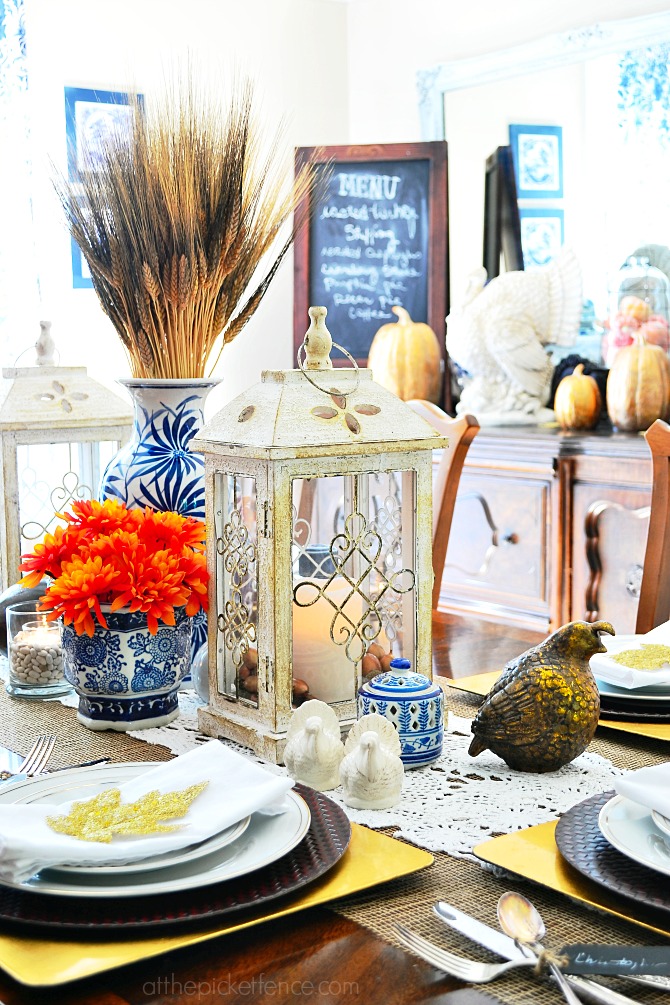 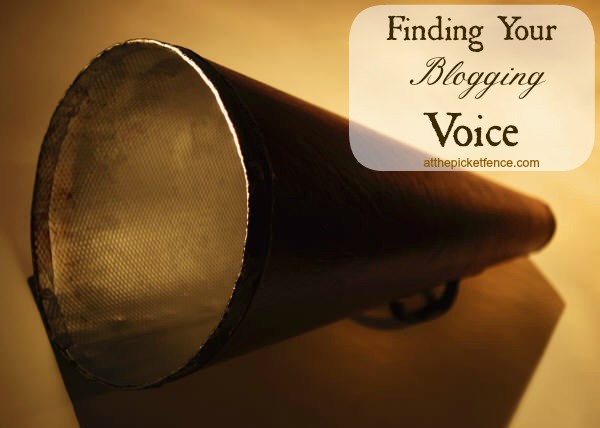