One of my kids’ favorite memories, a story they still recount to this day, is of the time when they were little and we were baking banana bread together. It was an almost weekly ritual and they would pull their little stools up
to the counter and take turns putting ingredients into the bowl. When it was time to add the bananas, we would use the potato masher and scream “Ewwww! Banana worms!”, as we watched the bananas ooze out of each hole in the masher. 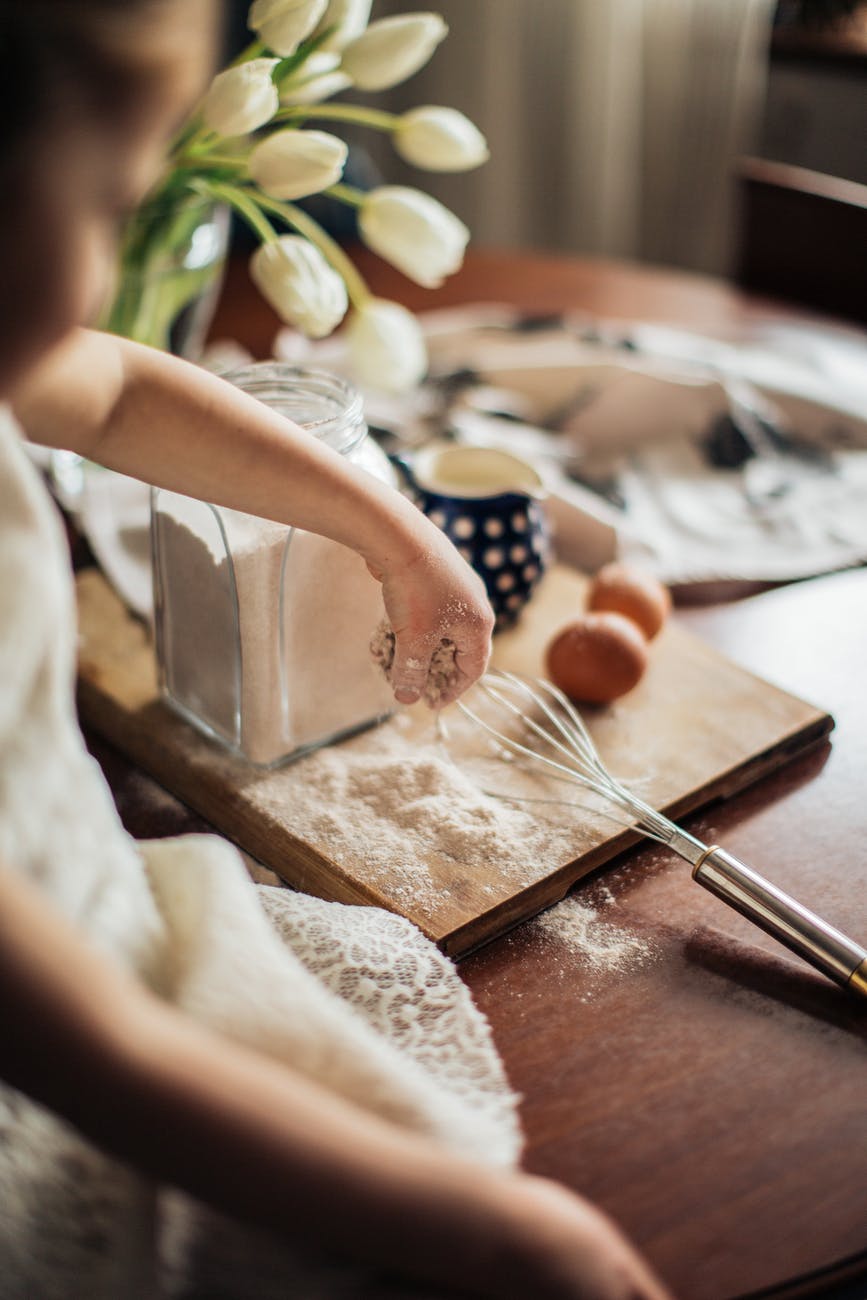 This day though, after the flour was added, someone (it’s still up for debate about who it was) accidentally turned the speed up on the mixer too high and flour went EVERYWHERE. It was like an eruption of flour and it coated every surface including us. Silence followed as the kids turned their little faces towards mine to see how I reacted. After a stunned pause, I burst out laughing and they joined in and we all laughed at the absurdity of that moment. And almost every time we’ve made banana bread since then, we’ve chuckled over that memory.
Fast forward to last week and my 17 year old had a hankering for apple pie. He found a recipe online, made sure he had all of the ingredients and asked me if I would just be in the kitchen with him in case he had any questions…and to peel the apples. 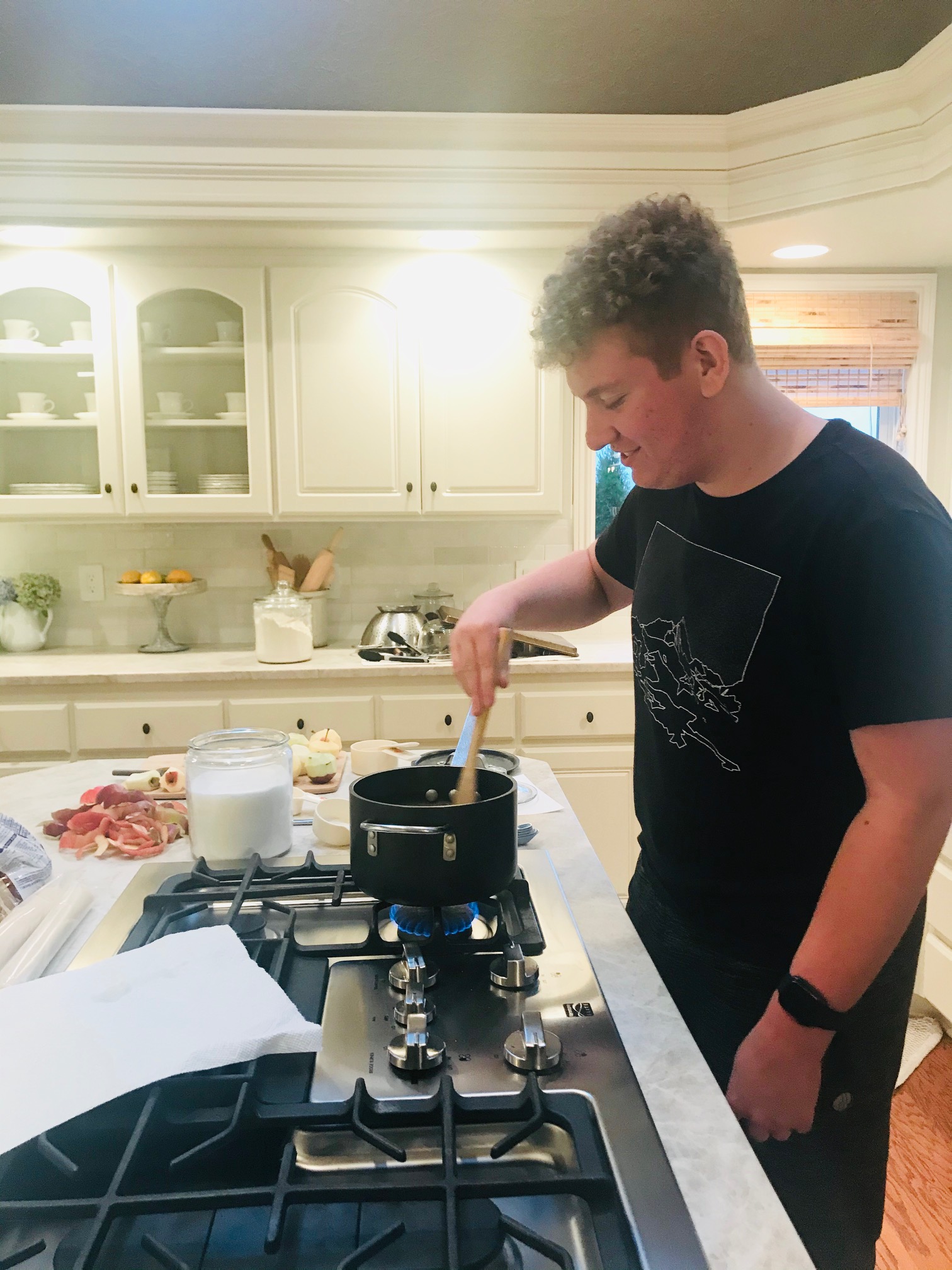 The pie he made was AMAZING. Truly one of the yummiest I’ve ever had. It was an inside out kind of pie with the most glorious caramelized crust.  But sweeter than the pie was watching this young man of mine confidently moving about the kitchen and laughing and chatting with him about nothing and everything.
I like to think that I’m earning bonus points with my future daughter-in-law. 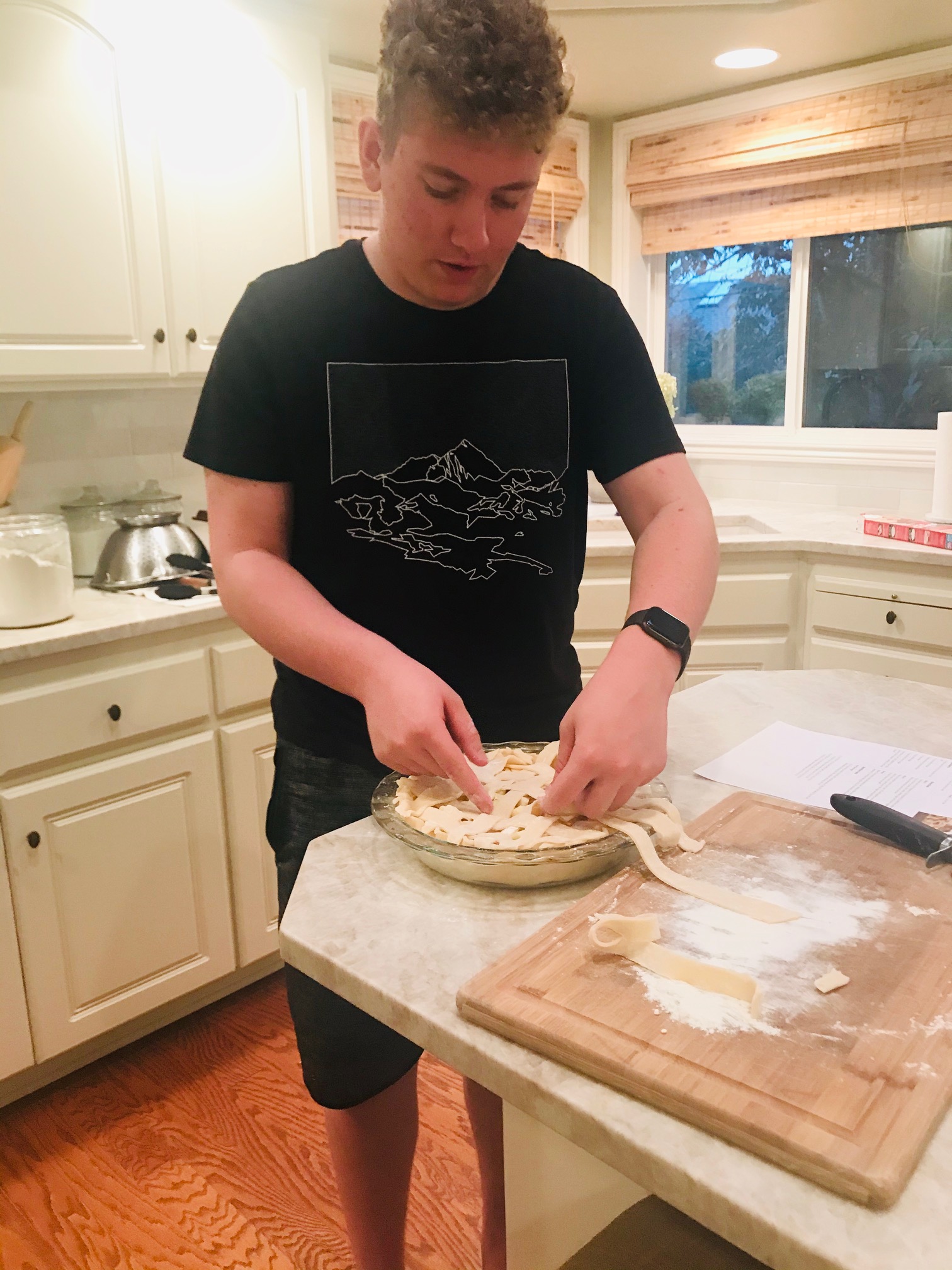 Mamas of littles, I hope you know that what you are doing now is putting a down payment on who your kids will become someday. It’s an investment you will never regret. Let the flour explode and the spoons be licked and never doubt for one second that this is sacred work you are doing.
This stage of parenting is often referred to as the ‘slow exit’. Step by step, inch by inch, they are working their way out of the nest and preparing to take flight. It’s so bittersweet to watch them grow up, but I’m finding that there is definitely more sweet than bitter. 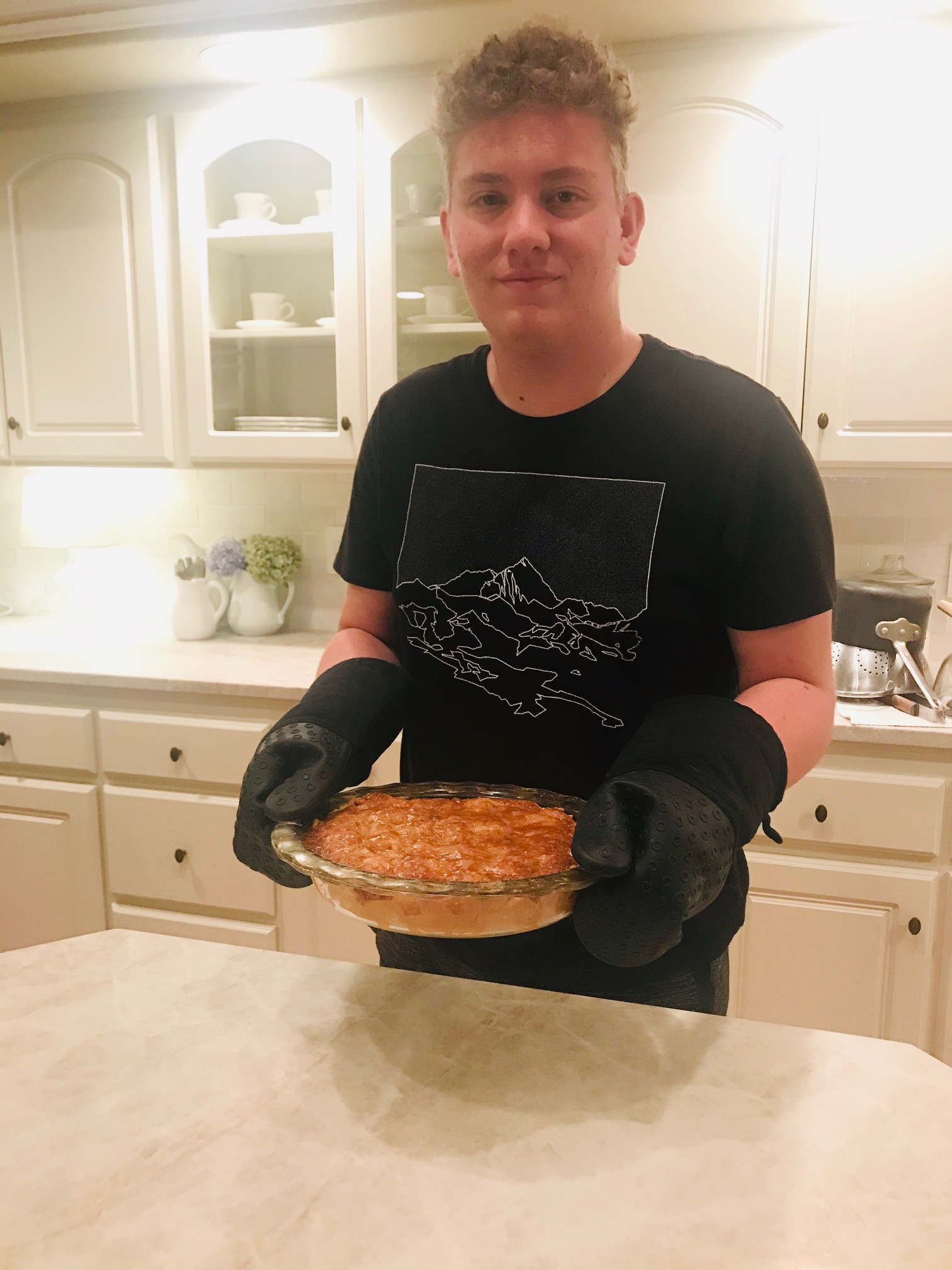 I often wonder if maybe, someday, my kids will make ‘banana worms’ with their children. Will they understand that all of those little moments combined together to make an impression on their souls and will they look back with gratitude for the investment we made into their lives? And, even though we don’t expect it, maybe they’ll come back and thank us.
Maybe they’ll even bring an apple pie!
Thanks for meeting me here, 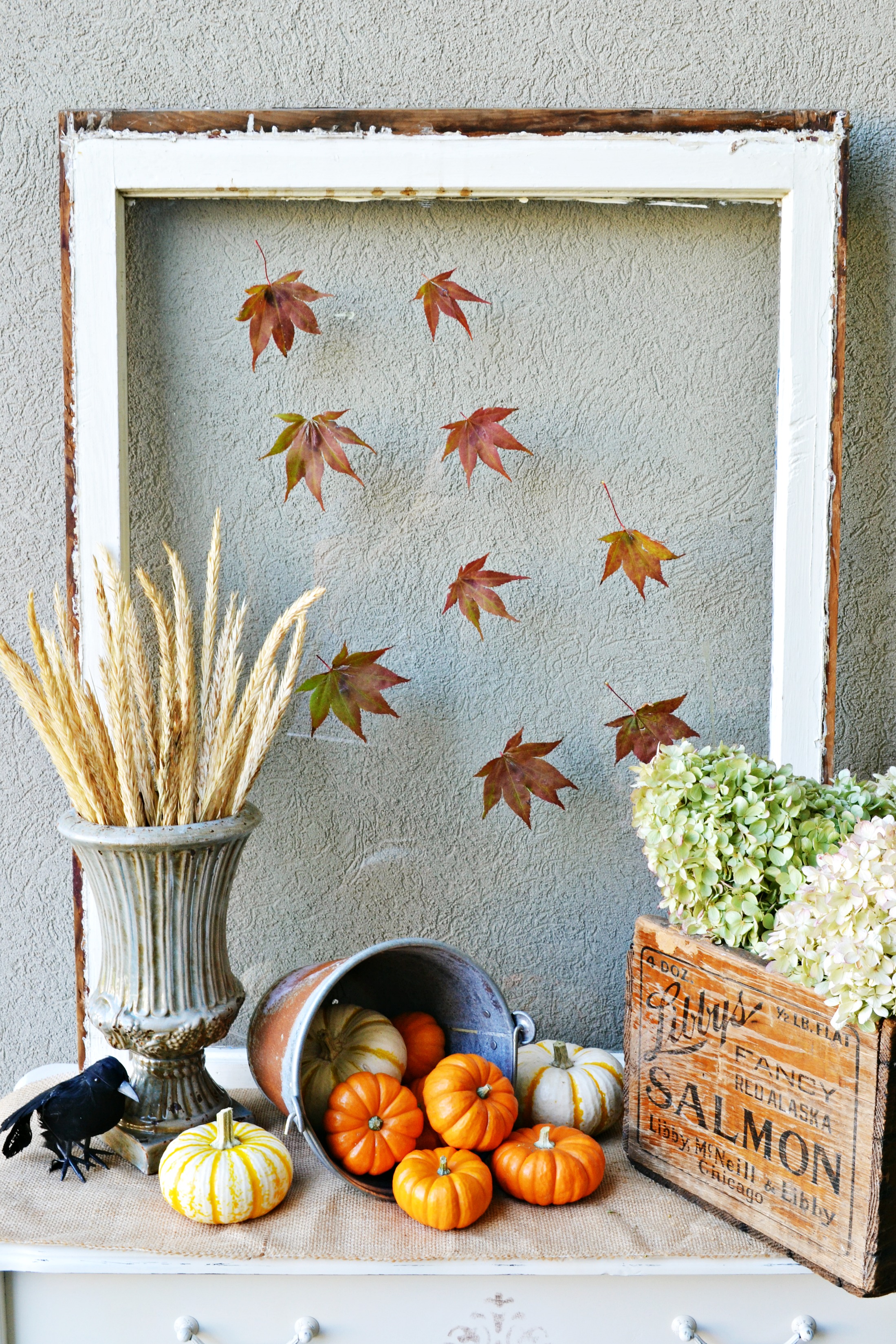 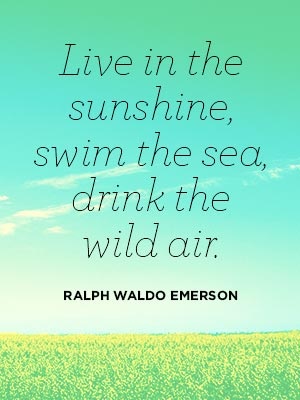