Last Monday morning found me pulling on my yoga pants (no, I don’t do yoga, I just like the pants…they’re so wonderfully stretchy, aren’t they?), running around packing lunches,
driving the kids to school and coming back home to clean the house.
And, all the while, wondering if what had happened in the 2 days before had all been just a dream! 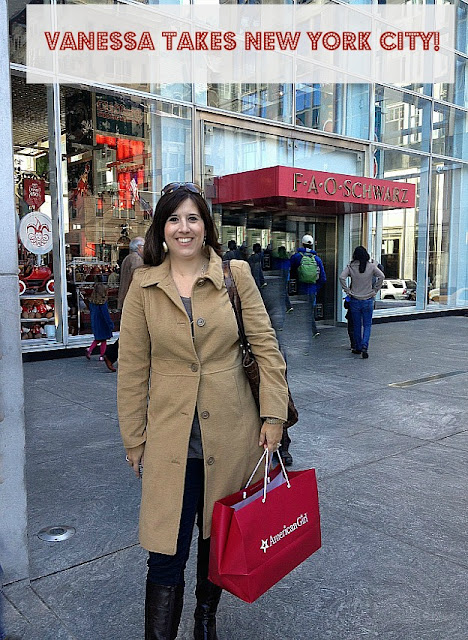 Several weeks ago we were asked to participate in a promotional event for LG and their new TrueSteam Dishwasher. Not only did I get the privilege of reviewing this incredible dishwasher, we also hosted a Giveaway here and one lucky reader by the name of Mia White won an all-expenses paid trip to join me in NYC for the Food Network Wine and Food Festival!
No…I had never been to New York.
Yes….I did pinch myself several times throughout this experience!
So, when Oct. 12th rolled around, I found myself on a plane heading to the Big Apple and feeling a bit like the “country mouse” going to the city.
Had to leave those yoga pants at home for this one!
As I buzzed (a much nicer word for my terrifying car riding experiences) through the city I was in absolute shock that I was finally getting to see Manhattan. 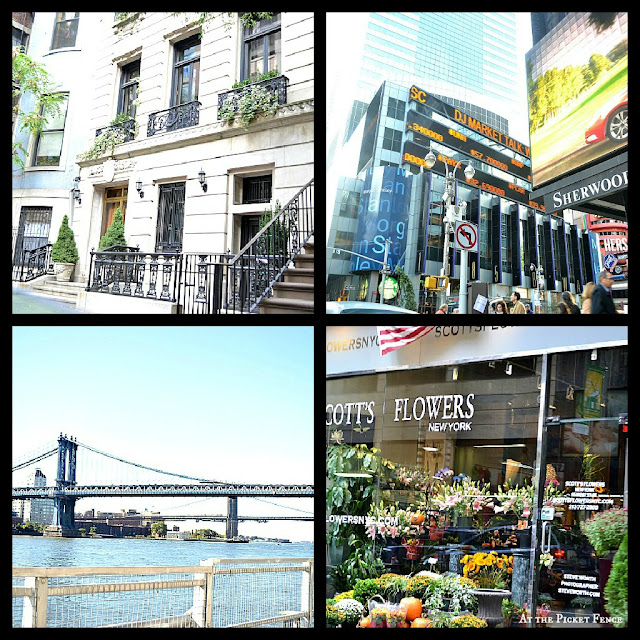 The weather could not have been more perfect if I had ordered it up myself.
I arrived at my swanky hotel, Ink 48, and it finally started to sink in that this was truly going to be a once-in-a-lifetime experience! 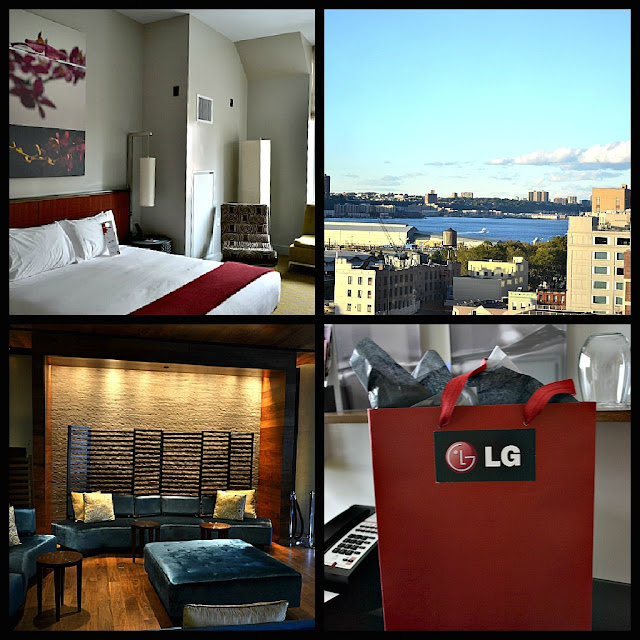 Friday evening we met up with our group and headed to an amazingly cool loft in SoHo for the Godiva “Sweet” event hosted by Sandra Lee.
I didn’t even know that was where we were until someone mentioned it after we left.
To which I replied, “I was just in a loft in SoHo? Really???!!!”

LG had this awesome kitchen set up and we got to see more of their amazing appliances including the TrueSteam dishwasher. Here I am with Mia, the winning reader. Isn’t she darling???

We had so much fun! 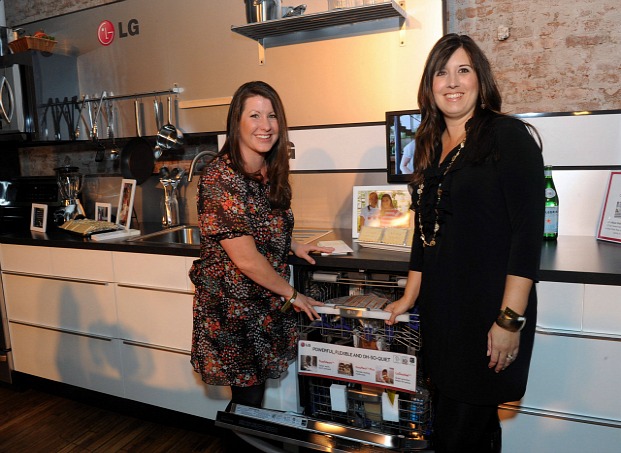 The next morning we awoke (3 hour time change required serious amounts of coffee!) and headed to Basketball City on Pier 36 for the Fun & Fit in the City Event hosted by Guy Fieri.
This was the view outside! 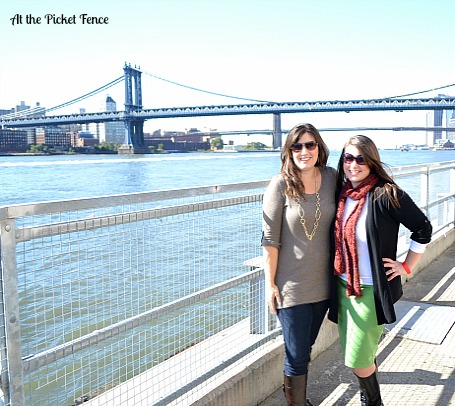 While there, Mia and I participated in a Dishwasher Loading Competition where the goal was to win a dishwasher for her. 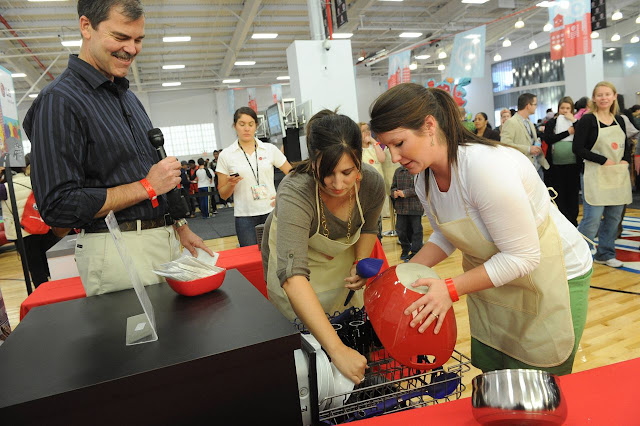 We’ll never know who truly won (pretty sure it wasn’t going to be us…we might have called ourselves “Laverne and Shirley” all weekend!) but as you can tell by the next photo, it didn’t matter.
That man there is Dave, Director of Brand Marketing for LG, and he generously gave a TrueSteam Dishwasher to all of the competitors! Can you tell how thrilled I was for Mia?!!
I think she was in shock, which was pretty much how we both felt all weekend long. 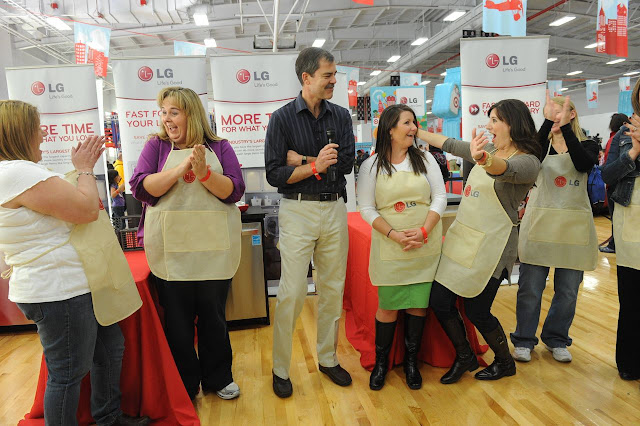 You might recognize a couple of other faces who were there… 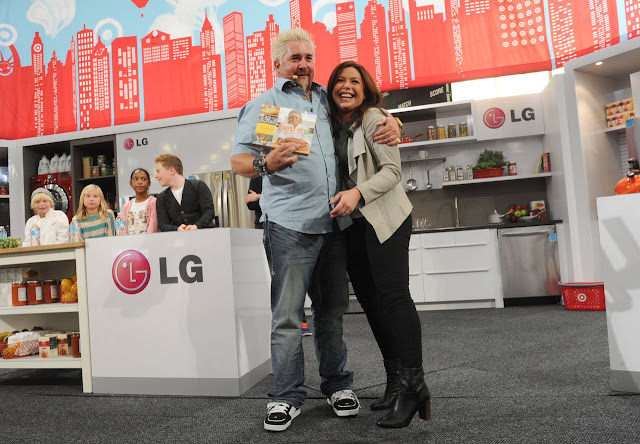 Once we left the event, we were given a block of time to do whatever we wanted in the city.
And what did I want to do?

Why, finally meet in person my wonderful friend Judy from DIY By Design, of course!

She graciously drove into the city and played tour guide to us all afternoon. 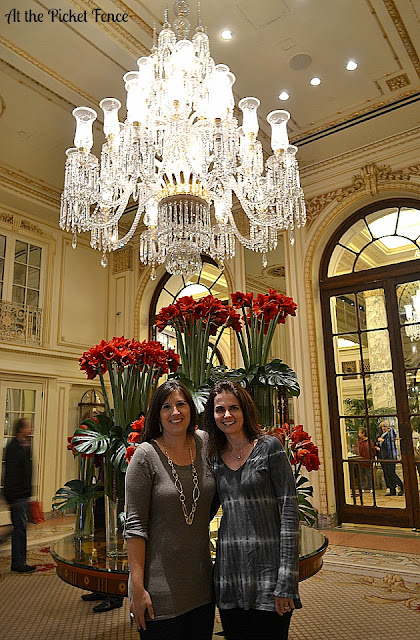 I had a few butterflies right before we met…”what if she doesn’t like me?”…things like that.
But I shouldn’t have worried one bit! Judy was absolutely lovely and I truly felt like I had known her forever. We could have talked all day!
It was so wonderful to get to give her a hug and it only confirmed for me that blogging friendships are REAL friendships and it just seemed so normal to be hanging out with Judy at the Plaza Hotel.
I mean, that’s just an everyday occurrence, right?
We did the Readers Digest condensed version tour of NYC before heading back to our hotel to get ready for the next event. 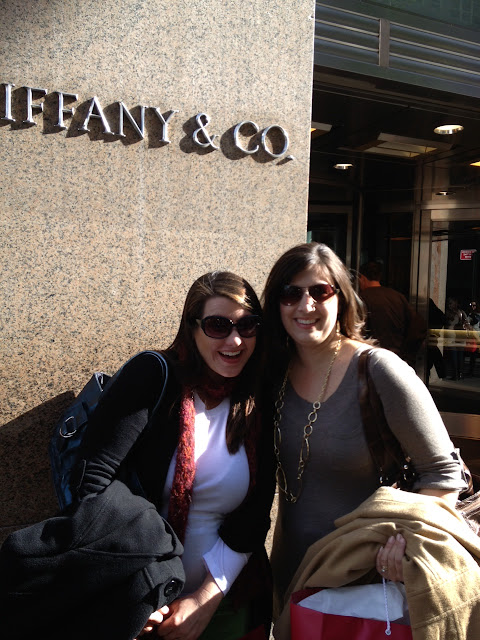 Saturday night found us back at the SoHo loft for the Tacos & Tequila event hosted by none other than Bobby Flay! We tasted some of the most amazing tacos and I may or may not have dropped a fried chickpea down the front of my blouse sometime during the evening…just sayin’.
We also managed to connect with a few other familiar faces… 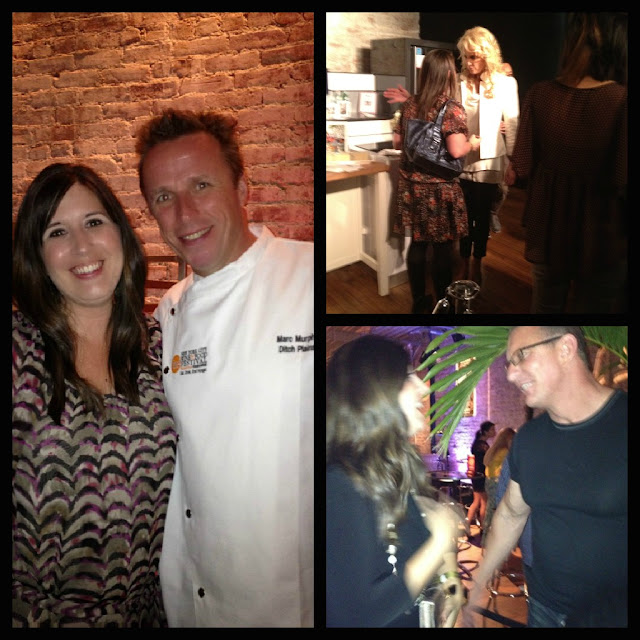 Me and Marc Murphy from “Chopped”, Mia chatting up the beautiful Sandra Lee and me (sorry it’s blurry!) talking with Robert Irvine from Dinner/Restaurant Impossible!
Everyone was seriously so kind and gracious and we couldn’t believe that we were getting to meet some of our Food Network favorites!
The gals who were the biggest rock stars in our book though were these beautiful ladies, Grace (on the far left) and Annie (in between me and Mia). They work for LG-One, the PR firm for LG and they could not have been more awesome. They handled all of the details and made our time truly incredible.
Thank you girls for all you did! 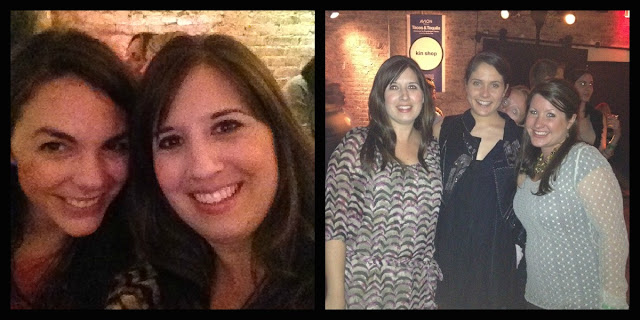 Sunday morning dawned and I had just enough time before heading to the airport to walk with Mia to a neighborhood bakery that smelled so divine I wish I could have bottled it up!
A chocolate croissant and a strong cup of coffee? 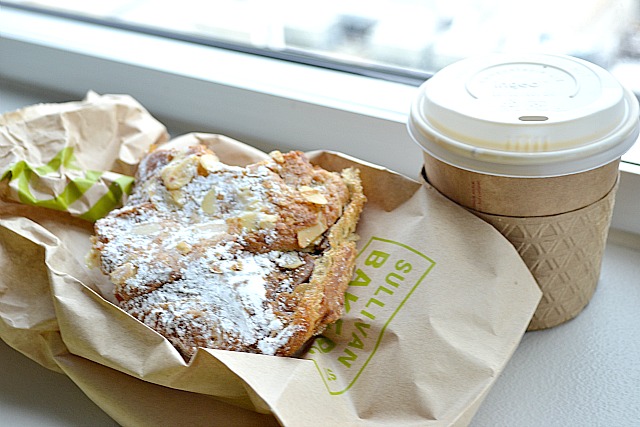 What better way to end such an amazing weekend?!
Now, would you like to participate in a fun game?
“LG has teamed up with Share Our Strength and Food bank of New York City charities in a battle against hunger and has developed a short game where for every vote cast by our readers, LG will donate $1 to both charities, up to a total donation of $15,000.
About Share our Strength
“No child should grow up hungry in America, but one in five children struggles with hunger. Share Our Strength’s No Kid Hungry campaign is ending childhood hunger in America by ensuring all children get the healthy food they need, every day.
The No Kid Hungry campaign connects kids in need with nutritious food and teaches their families how to cook healthy, affordable meals. The campaign also engages the public to make ending childhood hunger a national priority.”
We would love for you to join in ending childhood hunger by voting here:

Thank you again to the generous folks at LG for this truly once-in-a-lifetime experience and to LG-One for putting together the weekend of my dreams!
I may be back in my yoga pants (still not doing yoga) but I won’t ever forget the time this “country mouse” had her adventures in the big city.

Thanks so much for joining me, and my yoga pants, today at the Fence, 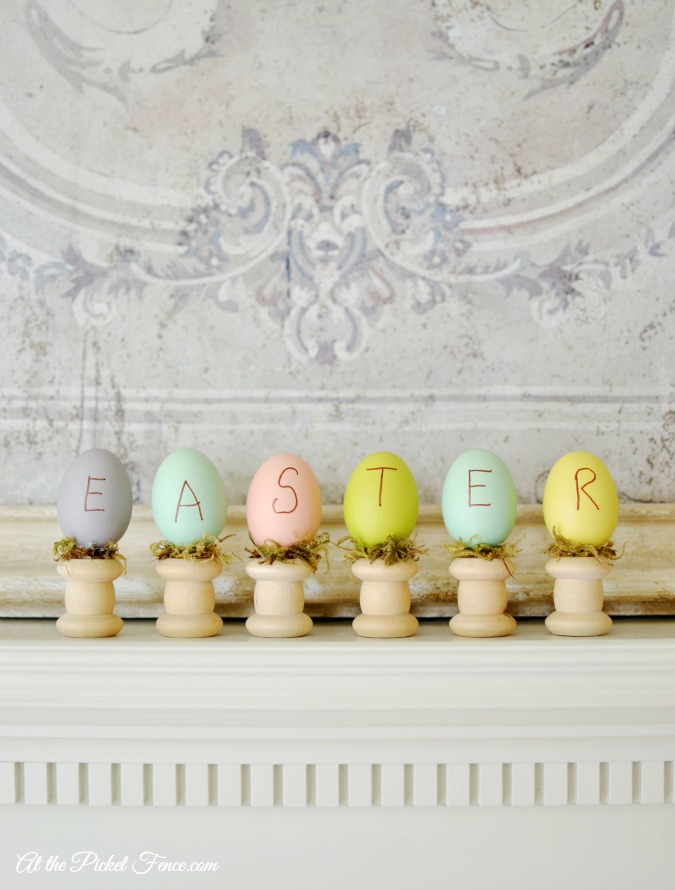