My husband would tell you that every time I start a conversation with, “Hey, you know what I was thinking?” it usually means that something is going to be moved, DIY’d, painted, repurposed or rearranged.

And frankly, although he wouldn’t admit it at the time, I know he was feeling more than a little worried that during the great painting extravaganza of 2015 that particular question would begin to haunt him. 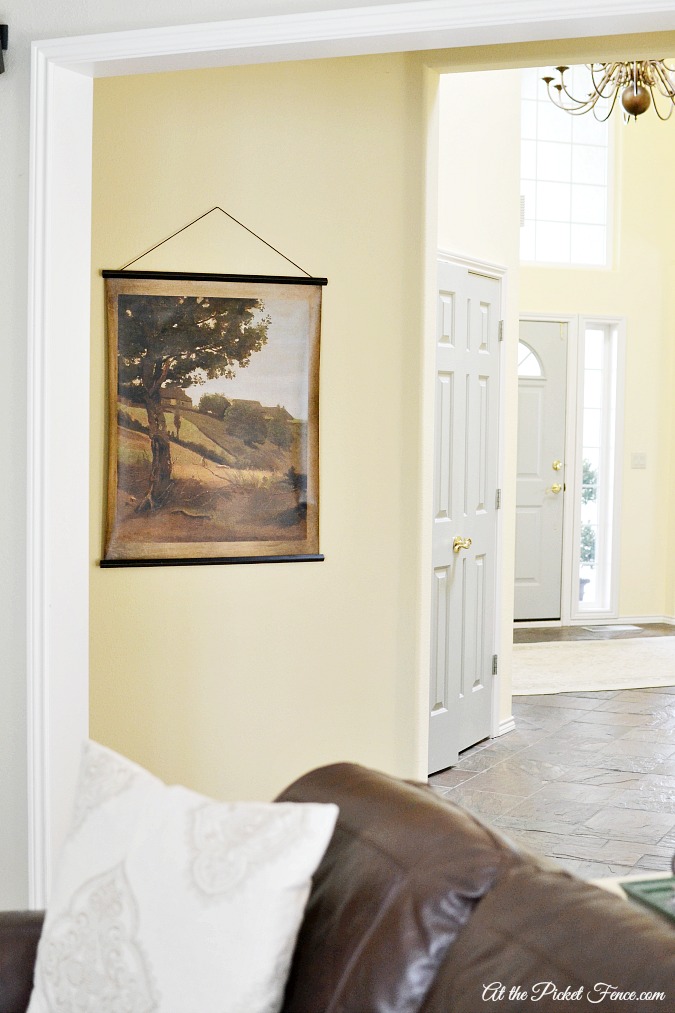 But, even though there was definitely a bit of moving around and rearranging involved, I think it’s safe to say that he was pleasantly surprised when the only bit of rearranging done involved switching the placement of mirrors and paintings. Like my favorite piece which found a new home above the fireplace.

I think it kinda was always really meant to be in this spot. 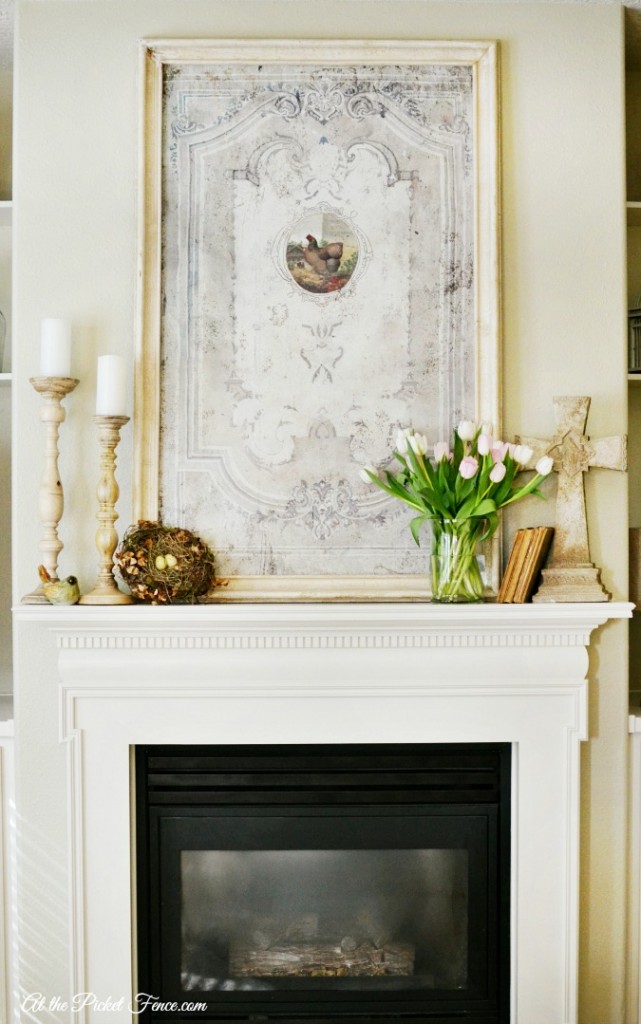 But that meant I now had a very large open wall which needed filling. And I wanted to fill it. But I didn’t want to spend a whole lot because, let’s face it, there were larger fish to fry at the time. Fish which looked a lot like massive amounts of paint.

And imagine my delight when I found this treasure at one of my favorite consignment stores for…wait for it…only $19.95! 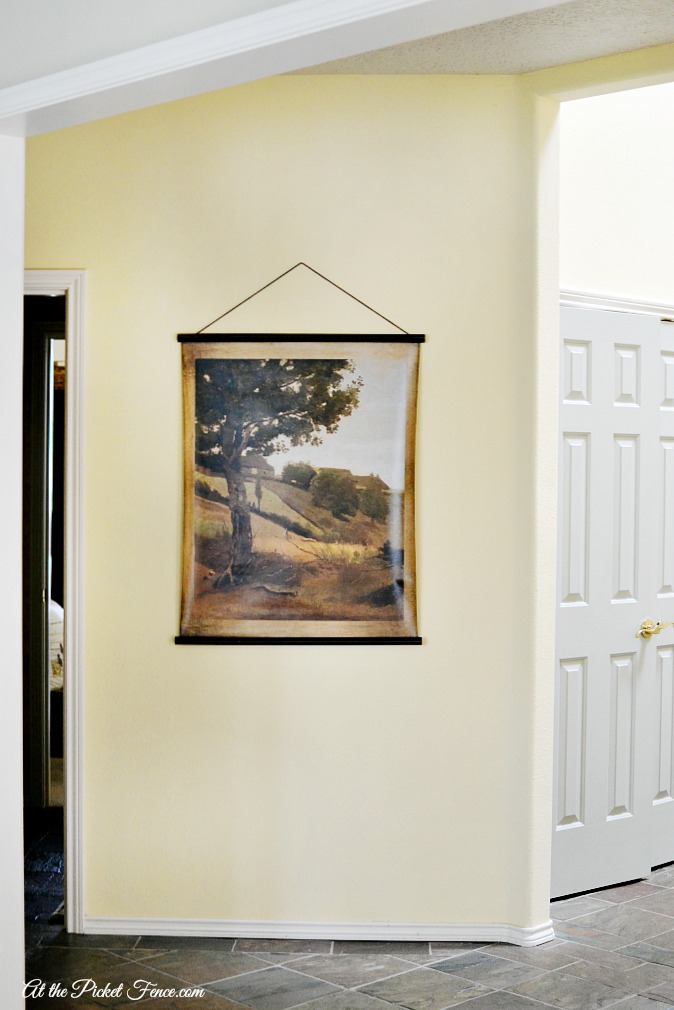 Not only was I drawn to the color pallette (and the price!) and knew it would work in the space, but it also reminded me of the visit to England my husband I took many years. 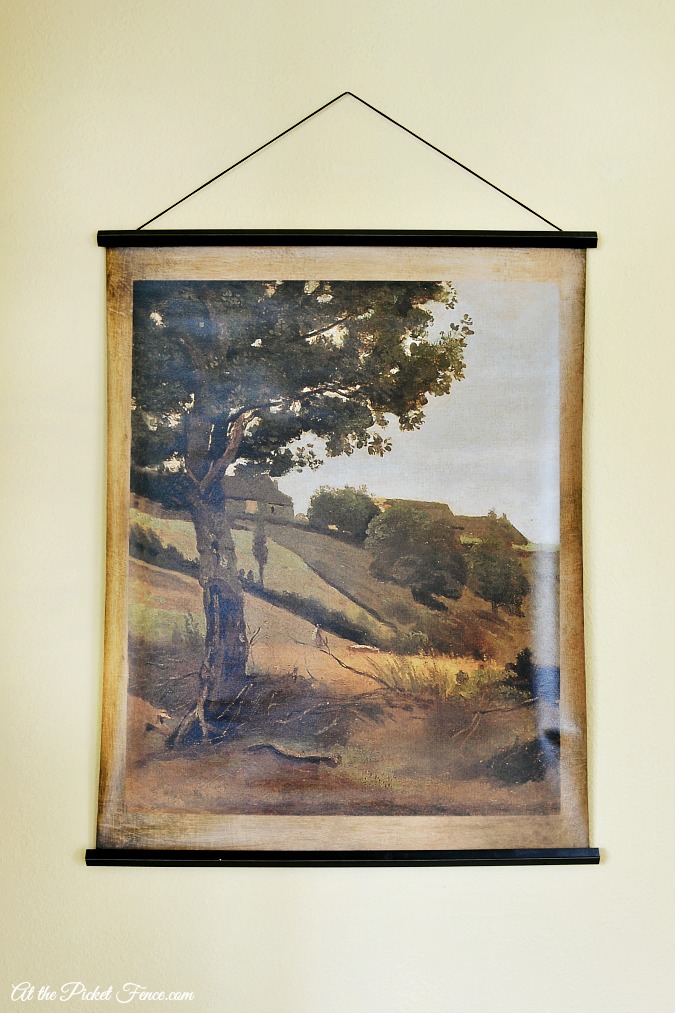 While I loved seeing London and spending time in the more touristy locations, my absolute favorite moment of our trip was when we arrived at a little train station in the English countryside near the Cotswolds.

We had some time to kill before our next train arrived and I wandered over to the end of the wooden platform and just stood there soaking in my surroundings.

I looked off into the distance and as far as my eyes could see there were rolling hills with stone walls serving as fences. There were herds of sheep grazing on bright green grass and cottages with thatched roofs. 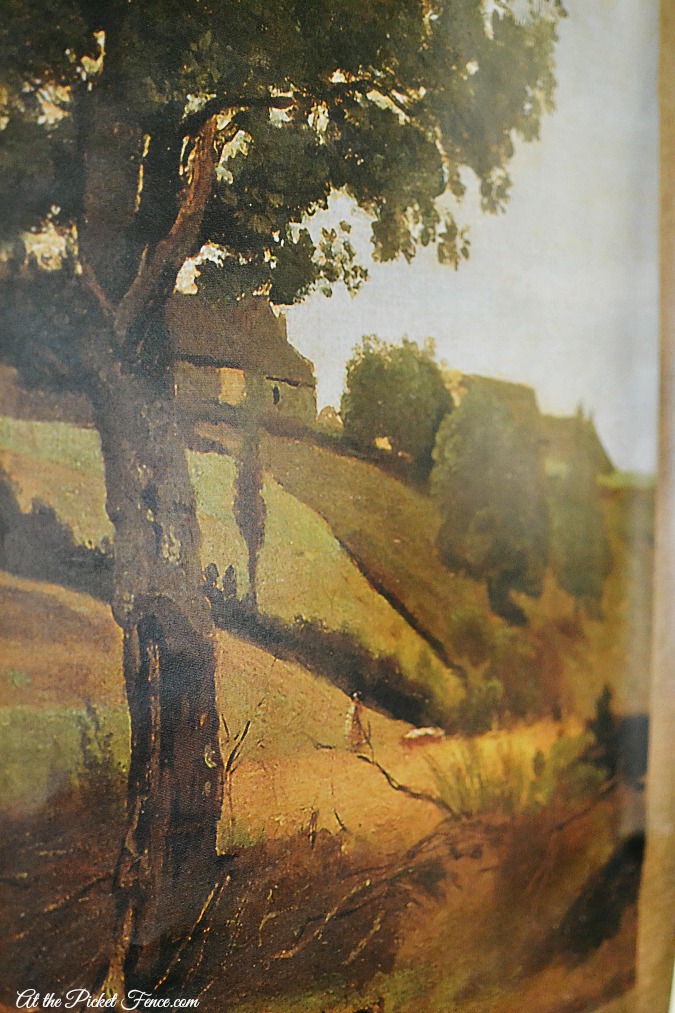 I took a deep breath and slowly exhaled trying to memorize every single thing about that moment. I felt so at home there. So at peace. Like I had stepped back in time. That was a season in my life where I felt such uncertainty about the future. But there, on that train platform, all of my worries just melted away.

And I think that was really what drew me to this particular piece of art. As I stood and looked at it hanging there in the store, I was transported back to that little train station. I could almost feel the gentle breeze blowing around me and see the sheep grazing in the distance.

That’s the way it is with art, isn’t it? It’s about evoking an emotion, whether it be a memory that is stirred or a representation of something you love.

And, of course, when it only costs $19.95 that just makes it even more beautiful, right? 😉 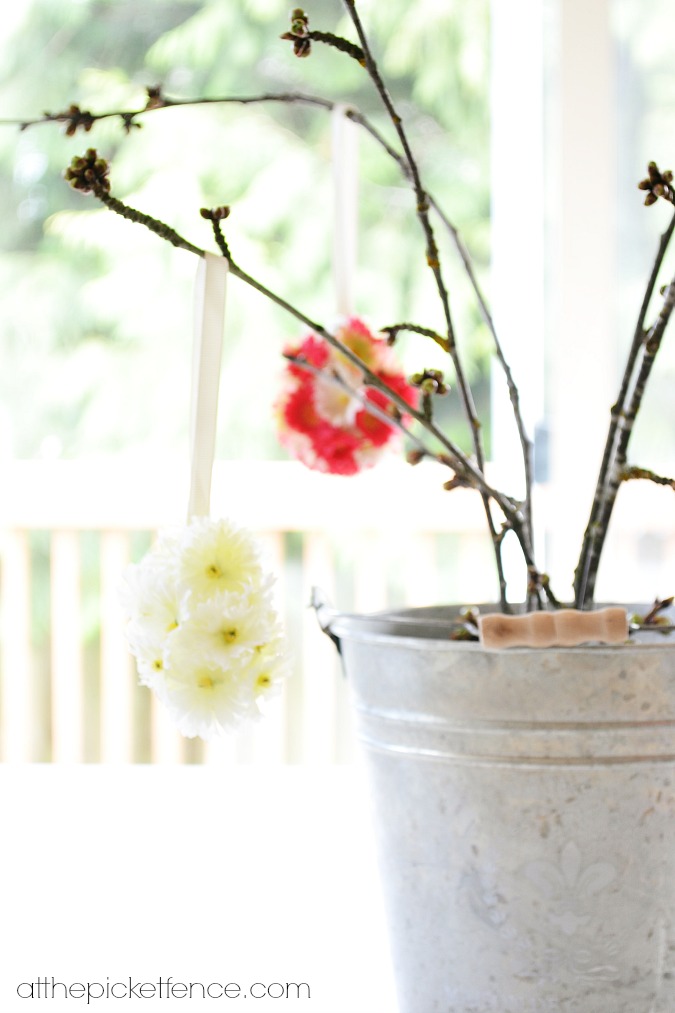 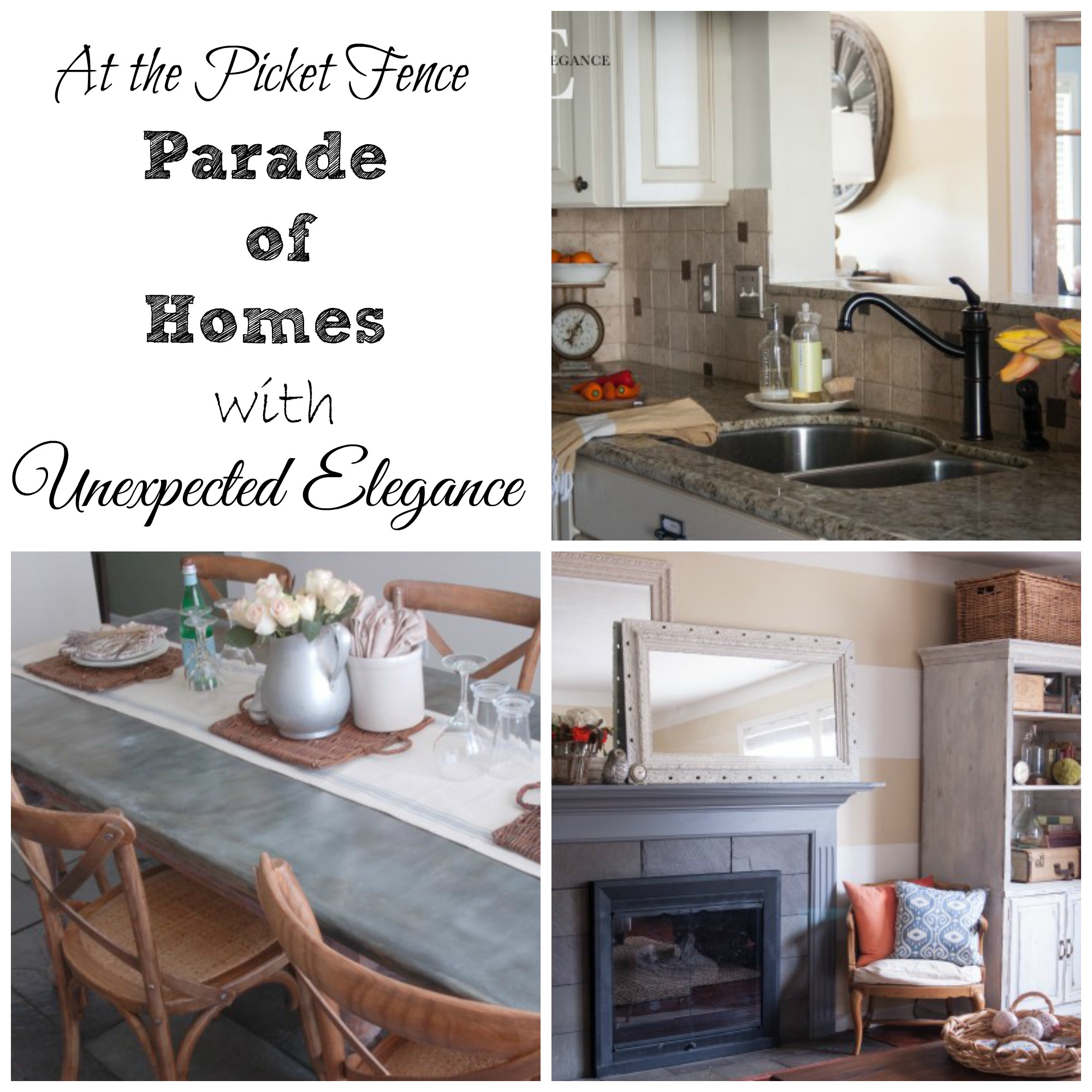