At some point over the past year, my son fell in love with Chronicles of Narnia. One day he’ll claim to be Peter Pevensie, the next he begs to officially change his name to Caspian. 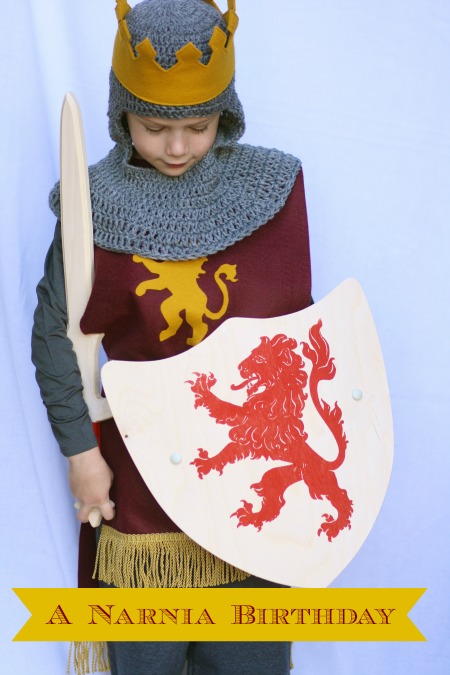 I am forever cast as the White Witch and his two sisters willingly play along as Susan & Lucy. When deciding on a theme for his 5th birthday, Narnia was the only option in his mind. His birthday is just days before Halloween so it was the perfect occasion to get into character. 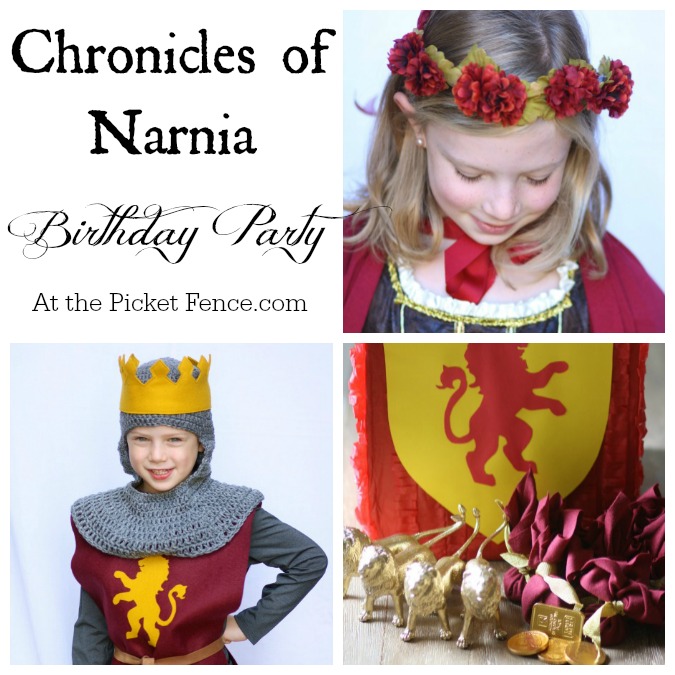 For the party, I kept the references to Narnia fairly subtle and created a simple medieval knight celebration with colors and heraldic crests inspired by the coronation ceremony in the Lion the Witch & the Wardrobe.  The vision was fit for royalty, but the budget was not, so whenever possible I tried to find creative ways to keep costs low. 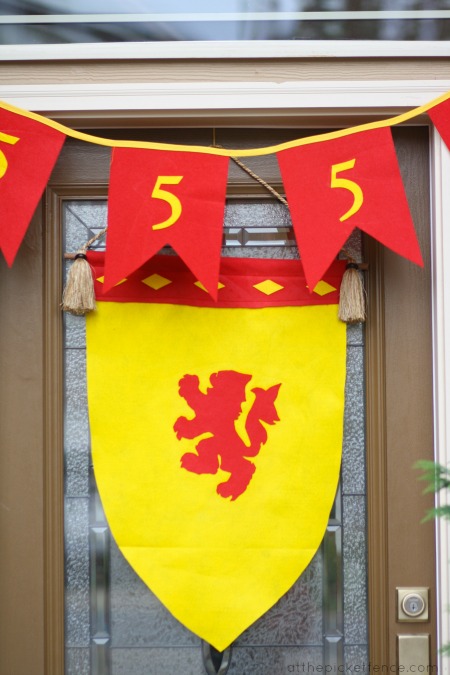 Fortunately this sweet group of friends regarded a golden spray-painted lion from the dollar store as if it truly was the most priceless treasure on earth. 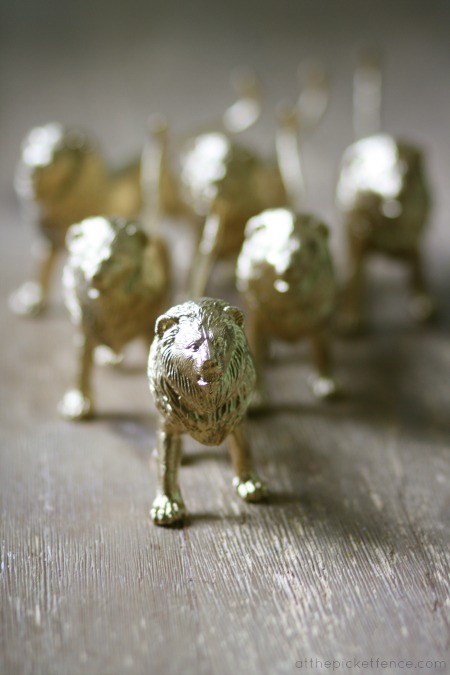 Some simple accessories helped transform our guests into ladies-in-waiting and young squires. 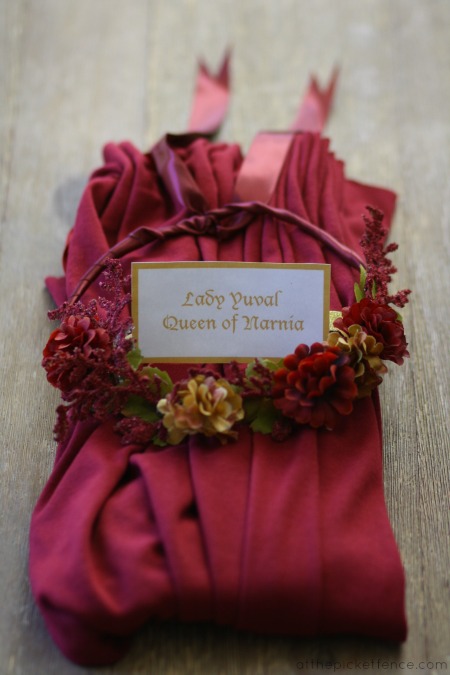 The girls were outfitted with floral crowns made from dollar store supplies and floor-length no-sew cloaks. 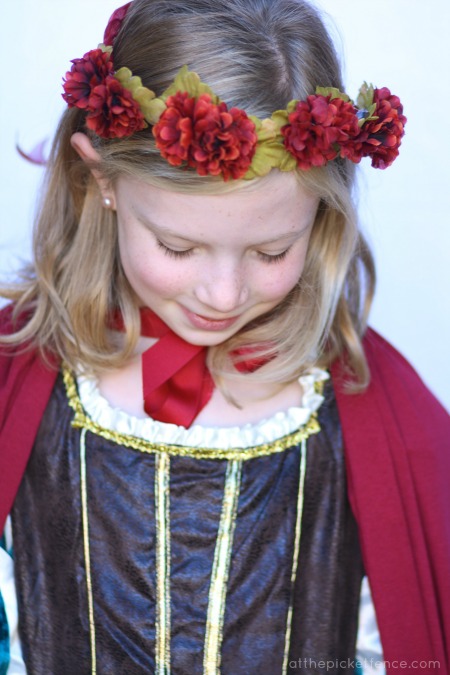 The boys were given matching tabards cut from felt and tied with leather cord. 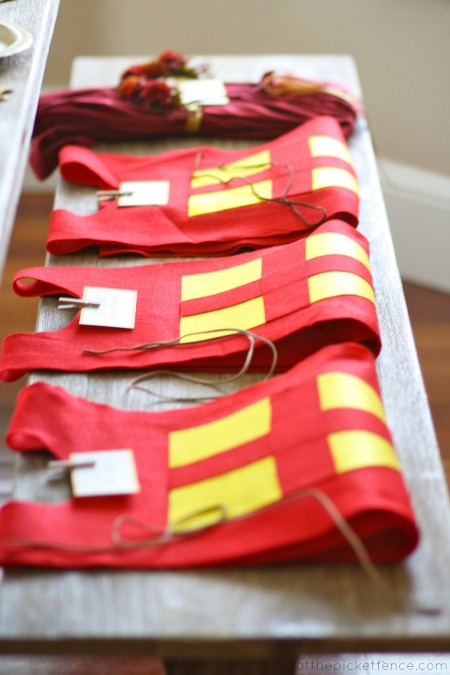 I made the birthday boy’s tabard and crown from wool felt and used the remnant material to make a table runner and bunting for over the birthday table. 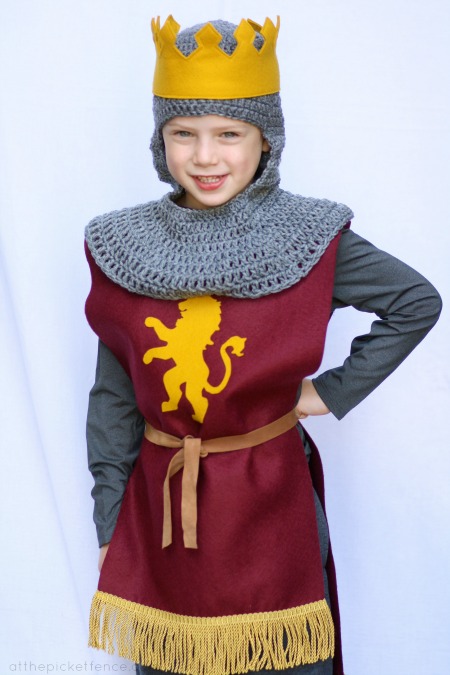 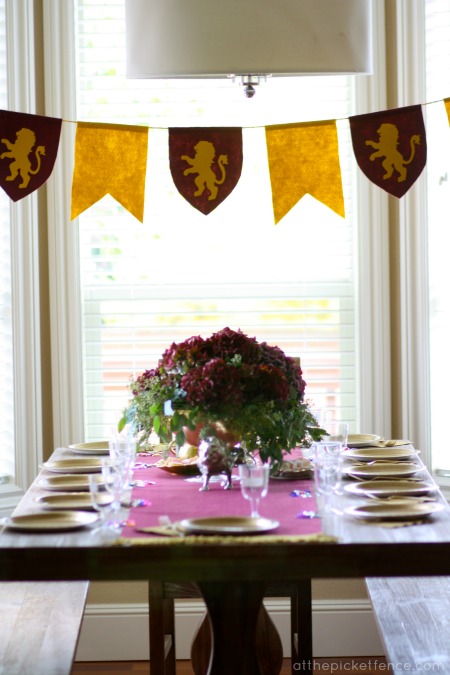 Late blooming hydrangeas from our yard adorned the table and dollar store goblets with jewel stickers added some royal touches. 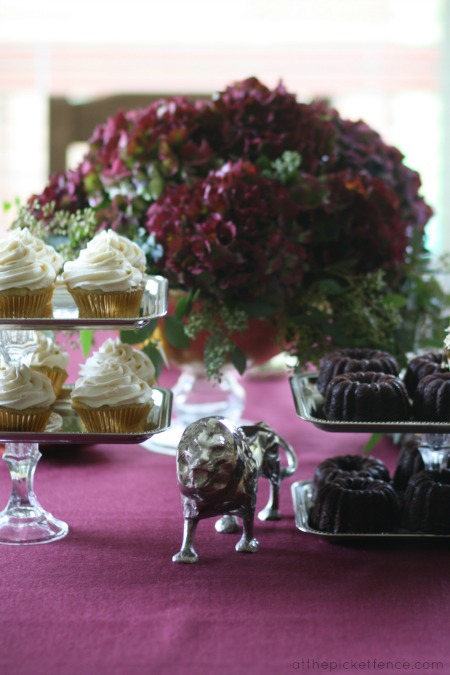 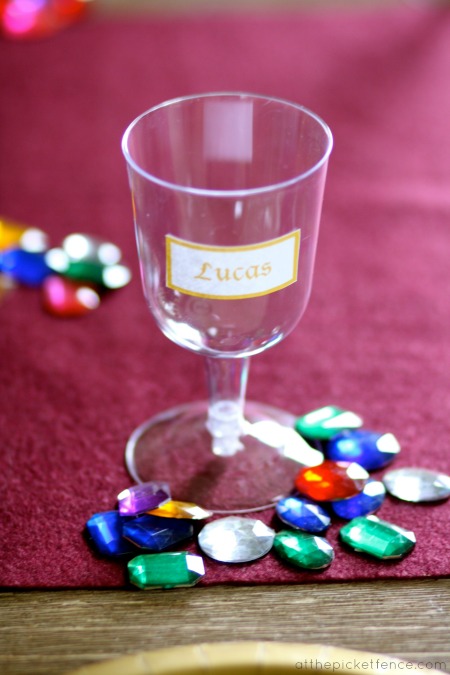 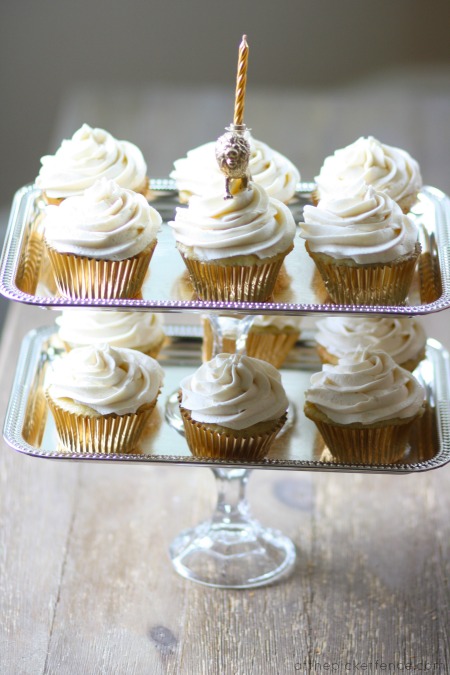 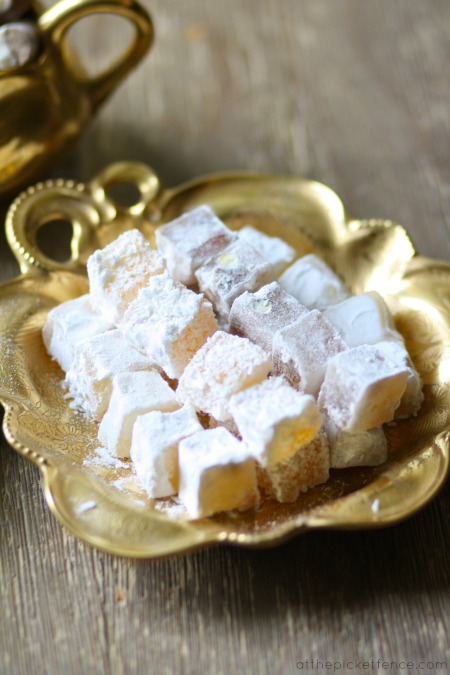 In keeping with the royal theme, my mother made the groom’s cake featured at  Prince William & Kate’s wedding (a decadent chocolate biscuit cake) as the crowning jewel of the dessert table. 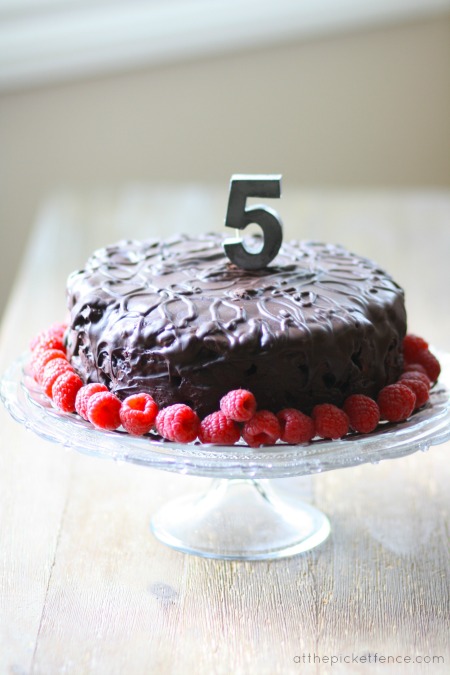 After feasting on sweets, the kids were divided into teams to train in the medieval arts of jousting, fencing, archery, and catapult launching (my husband followed a simple tutorial to create some impressive catapults using mouse traps & popsicle sticks). 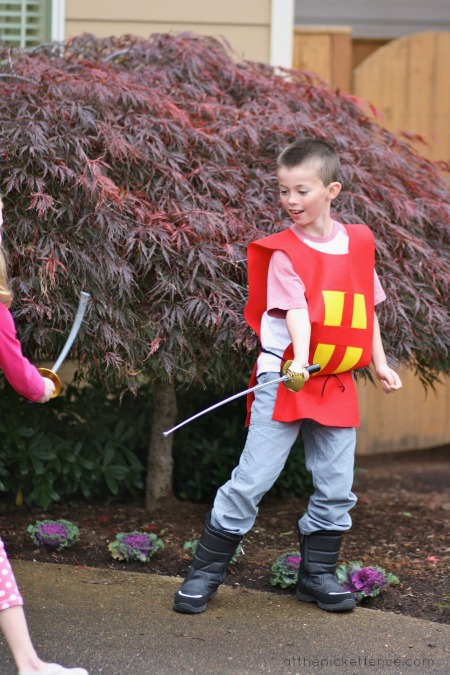 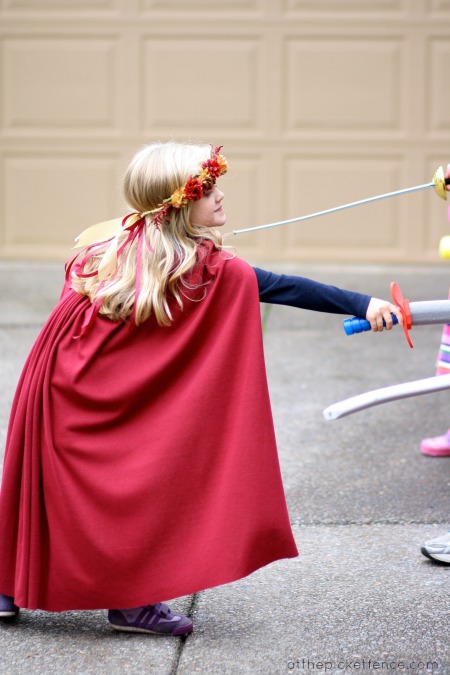 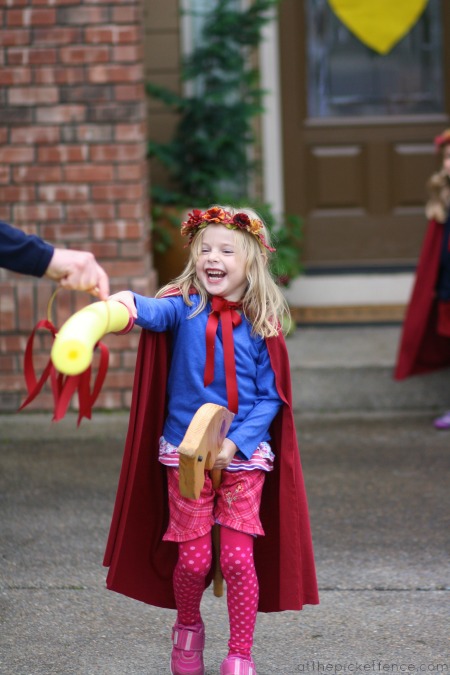 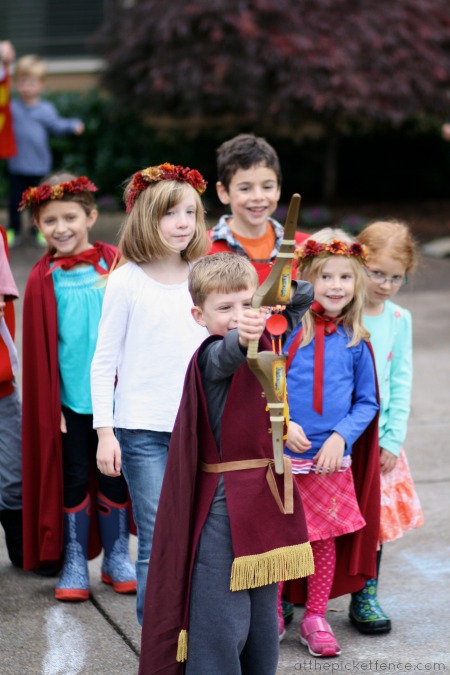 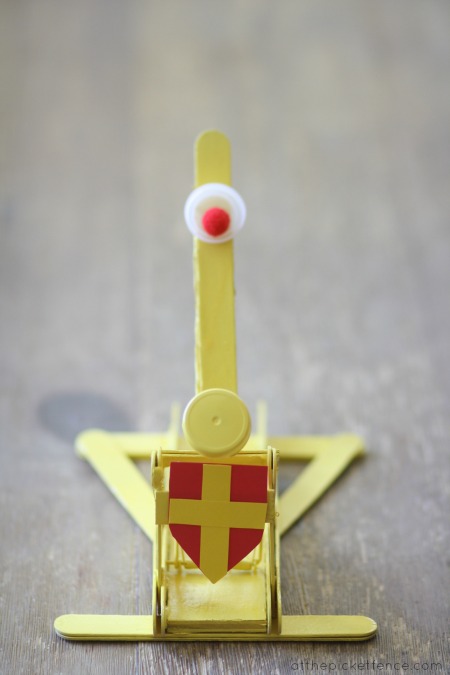 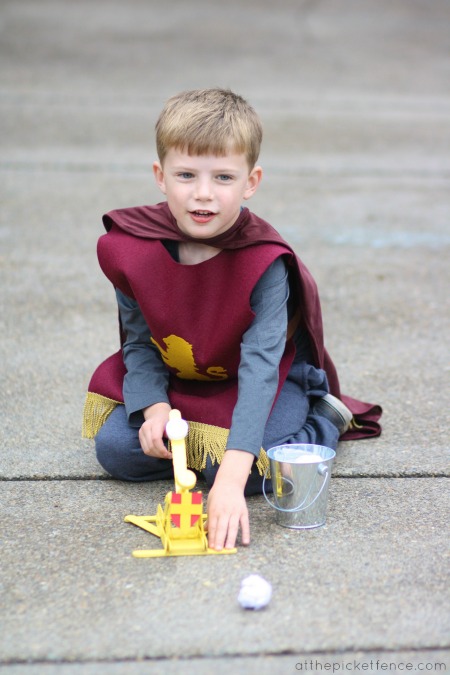 Narnia freeze tag followed and then a scavenger hunt where they uncovered hidden characters and clues from Narnia which led them to the final challenge of the day—breaking open the armored treasure chest (a piñata from the party aisle at Target that I customized for our party).  They put all of their training to use in breaking open the treasure and were richly rewarded with a golden Aslan and a pouch of chocolate coins. 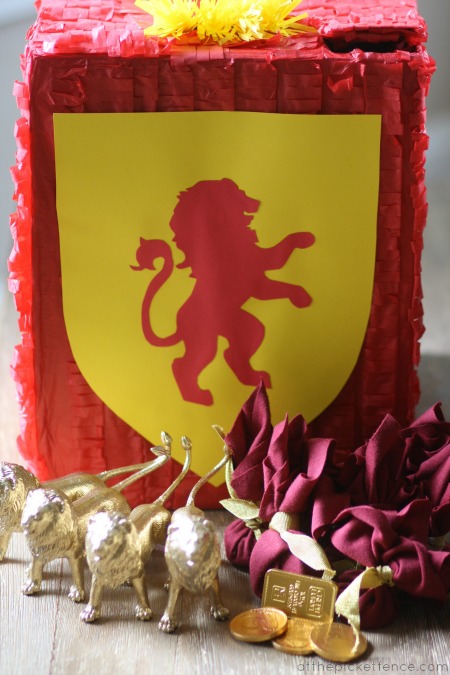 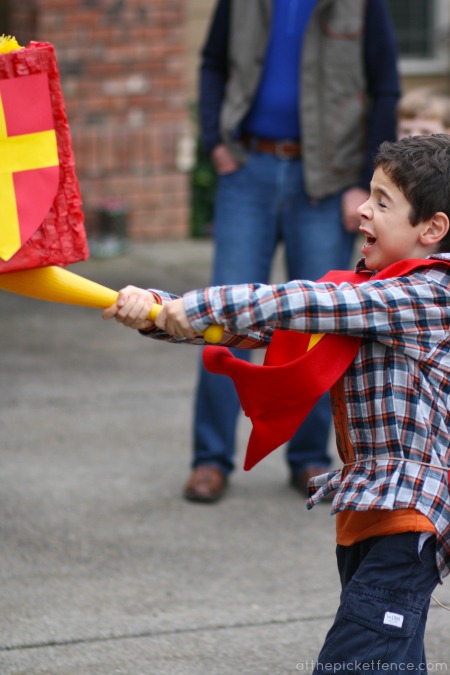 To remember their time in Narnia, we sent each child home with Dollar store shields and mini knight coloring books with a quote from Narnia:  “And so for a time it looked as if all the adventures were coming to an end; but that was not to be.” 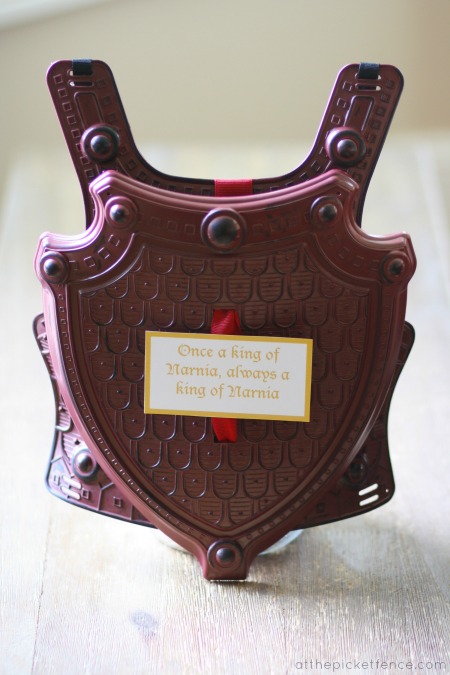 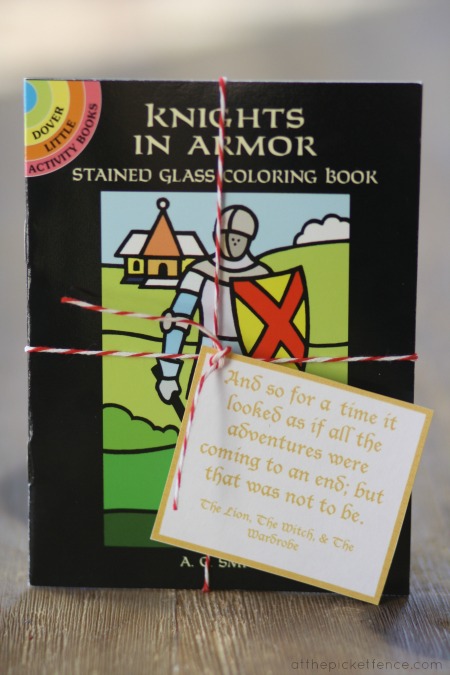 These proved the perfect words to console the birthday boy as he bid farewell to the day’s magic and reluctantly resumed his ordinary identity.  Fortunately, with Halloween only three days away, the door to Narnia would soon open once more. 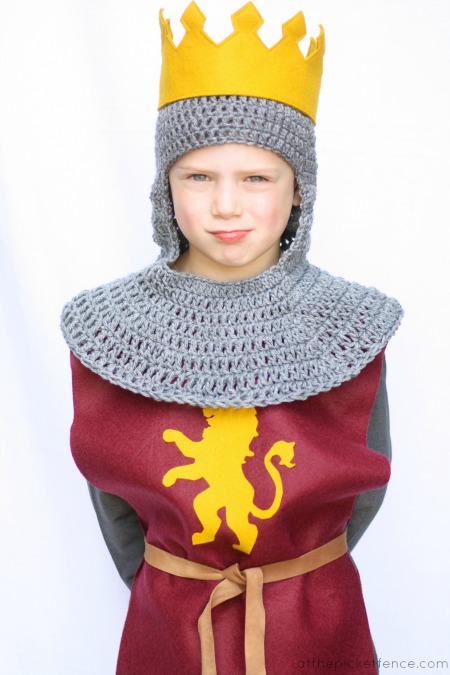 Thanks so much for joining me in Narnia today At the Picket Fence, 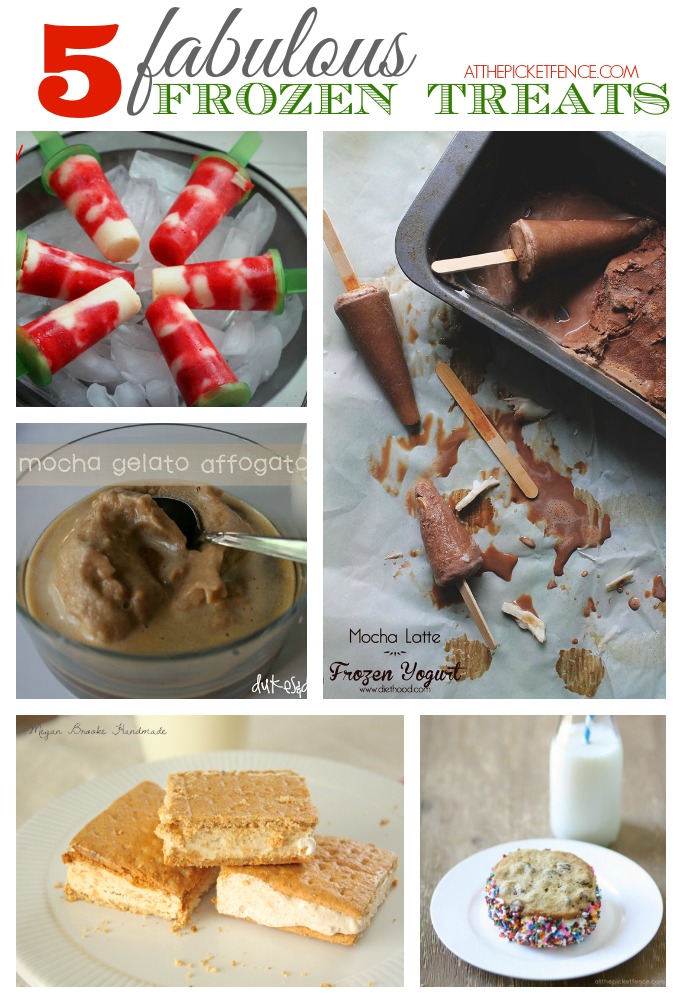