Essentially it is giving the background on all of those sayings, or idioms, which have become part of our everyday conversations. Like ‘raining cats and dogs’, ‘off the cuff’ or ‘penny for your thoughts’.

The other night I somewhat absentmindedly picked up the box of cards and began thumbing through them. It was fascinating to learn just how these phrases I use all the time really originated. Did you know that the phrase ‘chip on your shoulder’ comes from the early 1800’s where a young boy would put a chip of wood on his shoulder and then dare another boy to knock it off. If the second boy did knock it off then the two boys would fight each other? Or that to ‘read the riot act’ comes from England where the police were required to read a proclamation known as the Riot Act before they could break up a demonstration and arrest a crowd?

As I went through all of the cards in the box of word teasers, one particular phrase caught my eye.

It’s a saying I’ve used countless times and while I’ve always known that it had something to do with feeling down or depressed, I’ve never known how that phrase actually got it’s start.

You see, years ago, sailors noticed the stillness of the air when they got near the equator. They named this area ‘doldrums’. Frequently, there is no wind in this area for weeks on end and as a result, a ship caught in the doldrums can end up stranded.

They would find themselves stuck. A sailboat isn’t going to get very far without at least a little bit of wind.

After reading this I immediately felt myself understanding just how those sailors must have felt being caught in those doldrums.

So often we find ourselves in a place where we feel as though we’ve been stranded. We’re stuck. Not even the slightest hint of a breeze or a ripple on the water.

That place, that doldrum, can feel like the loneliest place on earth. Maybe it’s that so often stillness has a BFF that usually comes along with it named silence.

And silence is something I’ve freely admitted I’m not all that comfortable with.

There have been many seasons in my life where I have found myself simply staying afloat. I couldn’t even chart a course if I wanted to because there was no wind to carry me there. It is in those seasons when I find myself questioning God’s silence.

The waiting, the inactivity, can feel like some sort of punishment.

For me, waiting isn’t something I do with patience. Instead, I find myself almost frenetically trying to figure out what’s going to happen next.

When will it happen?

How will I know if it’s the thing that’s supposed to happen?

When I find myself in the doldrums, all I’m usually doing is looking for a way out.

But what if we are supposed to look at the doldrums differently?

What if instead of watching and waiting for that breeze to come and carry us out of it, we are simply supposed to just…float?

In his book ‘My Utmost for His Highest’, Oswald Chambers talks about how we should really approach the seasons of silence.

He says, “Has God trusted you with His silence? A silence that has great meaning? God’s silences are actually His answers-Can you trust God like that, or are you still asking Him for a visible answer? – When you cannot hear God you will find that He has trusted you in the most intimate way possible-with absolute silence, not a silence of despair, but one of pleasure, because He saw that you could withstand an even bigger revelation. If God has given you a silence, then praise Him- He is bringing you into the mainstream of His purposes.”

Do you hear that my friends? The times of silence or doldrums in our faith don’t mean that we are being punished or that we are are just supposed to ‘sit tight’ until the plan is finally revealed.

“God’s silences are actually His answers”.

There might not be a wave in sight for miles, but when you are sitting there in that boat, in the doldrums, you are still floating, right? Your boat isn’t sinking!

And think about what it means to have God trust us with His silence. It’s like He’s giving us a gift. A glimpse into His heart for us.

What if we looked at the doldrums as an opportunity? A chance to rejoice in the fact that He sees us as capable of handling the seasons with no answers. The times of silence.

Imagine being on the high seas for weeks on end. Tossed this way and that as you face enormous waves which threaten to overturn your boat. Then suddenly, you find yourself in a place of complete and utter stillness. You literally CAN’T go anywhere!

While on the one hand you might be filled with worry trying to figure out how on earth you were going to get out of there, on the other hand, wouldn’t there be a part of you that secretly relished the opportunity to just stop?

If God’s silences are actually His answers, we must learn to trust that they are His BEST for us in that moment.

Or maybe He just wants us to slow down.

To stop and simply enjoy His silence…right there in the doldrums. 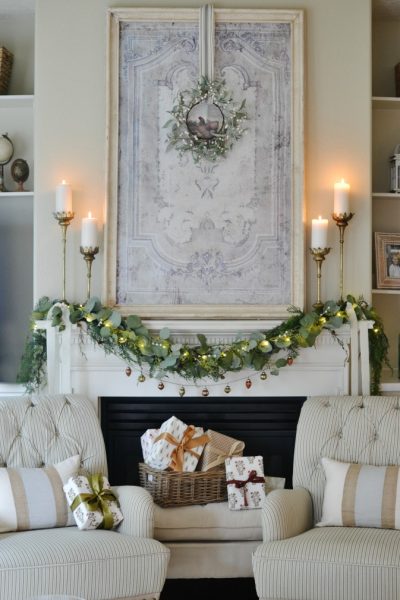