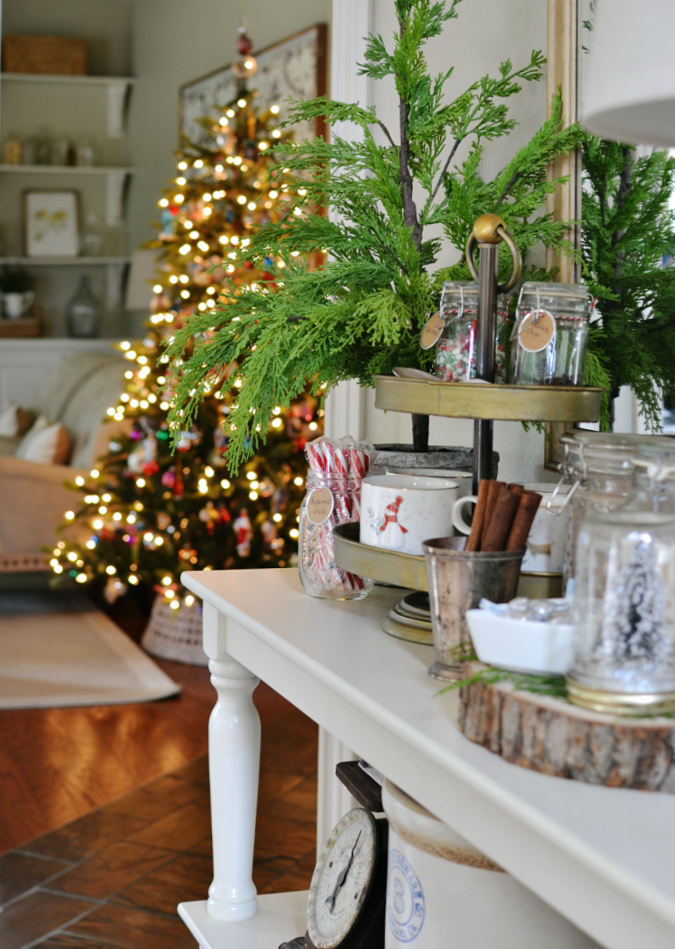 When Lauren came home from school the other day and saw that I had started to set up the station, she told me that she has very vivid memories of having me make hot cocoa for her and her brother when they were little. 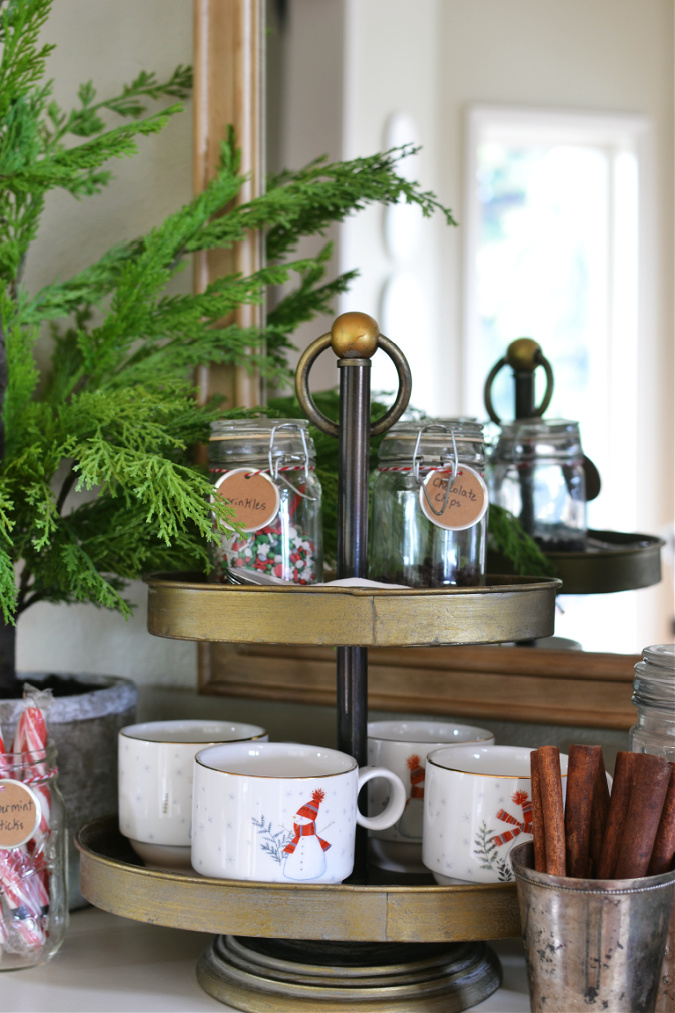 She remembers sitting up at the kitchen counter and that I would put out their plastic placemats. She usually wanted the one with all of the sea creatures on it while her brother used the Thomas the Tank Engine version.

Believe it or not, I actually still have those placemats. 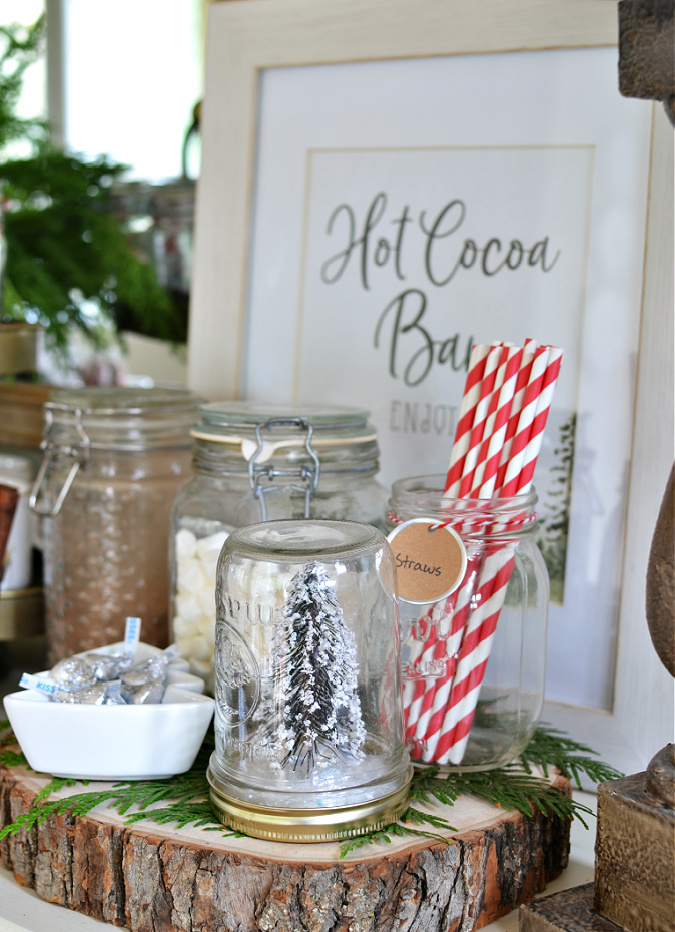 I would always get the temperature of the milk just right for little tongues not yet worn down by years of drinking scalding hot coffee. And the highlight for them? Using the metal spoon straws that we got as wedding gifts in 1998 which were perfect for scooping out marshmallows before drinking the cocoa. 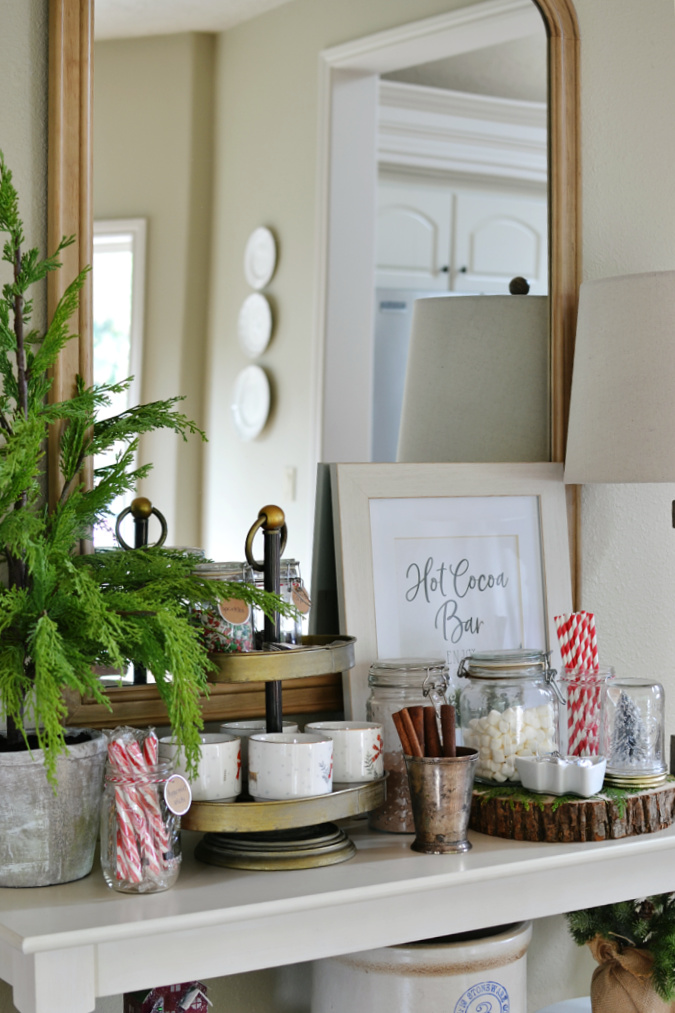 In this stage of motherhood with two teenagers, there is something very poignant about hearing my children recall the things that were meaningful to them in their younger years. It may seem like they were long ago to them, but to me they were just yesterday.

Thankfully, they seem just as eager to enjoy the hot cocoa station as teenagers! 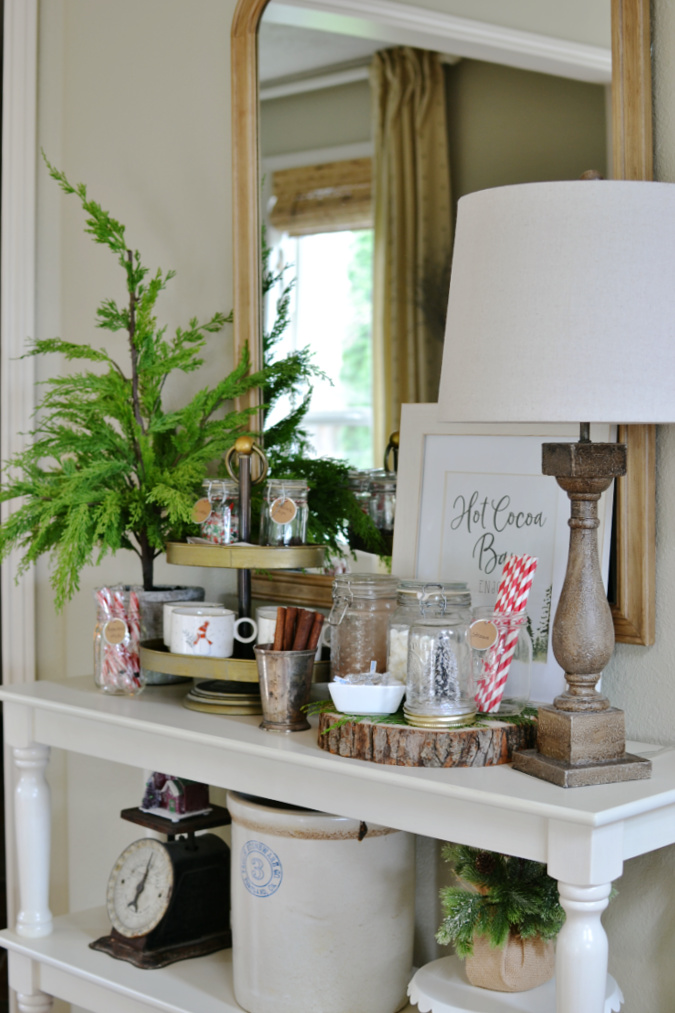 I think that might just be one of my most favorite things about decorating my home for the season. As signs of Christmas begin to spring up on tabletops and in nooks and crannies, we are reminded of the joy in those little moments which seem so insignificant at the time but are, in reality, more meaningful than we could imagine.

I hope the holiday season is off to a great start for you my friends. I’m raising my mug of cocoa to you and saying ‘cheers’ as you enjoy this time with your loved ones. 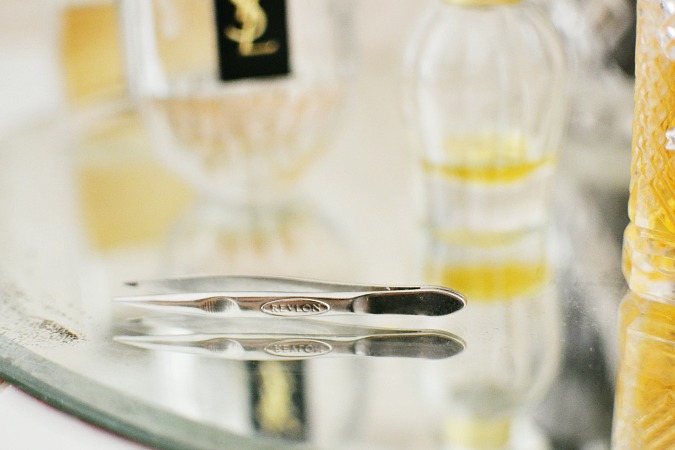 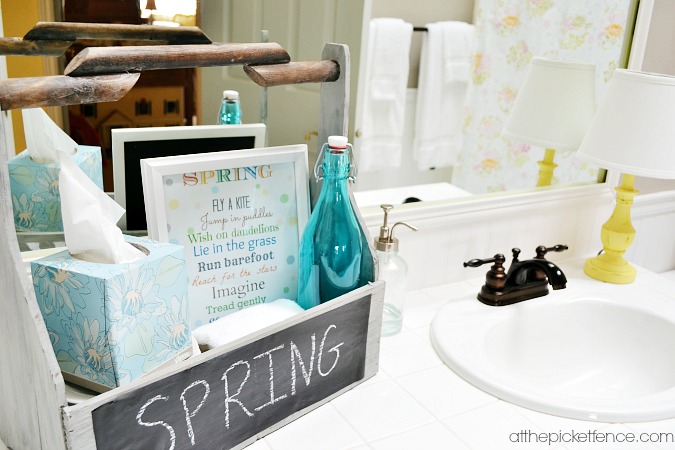 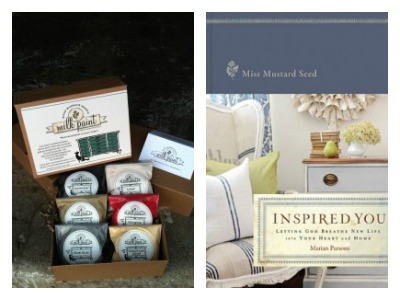