My husband, Rick, came home early from work on a hot, humid, Jacksonville, Florida afternoon in 2008. He didn’t warn me of his arrival, which was unusual. I happened to be on my way out to pick up our girls from school when his truck “swung” into the driveway. His lips were shaking like they did at the alter 15 years prior. They do that when he is nervous, so I knew something was up. We were being transferred back to Michigan. We had moved to Florida 6 years earlier for the same reason. We now had to leave the house we had just spent a year building and lived in for only 1 year. 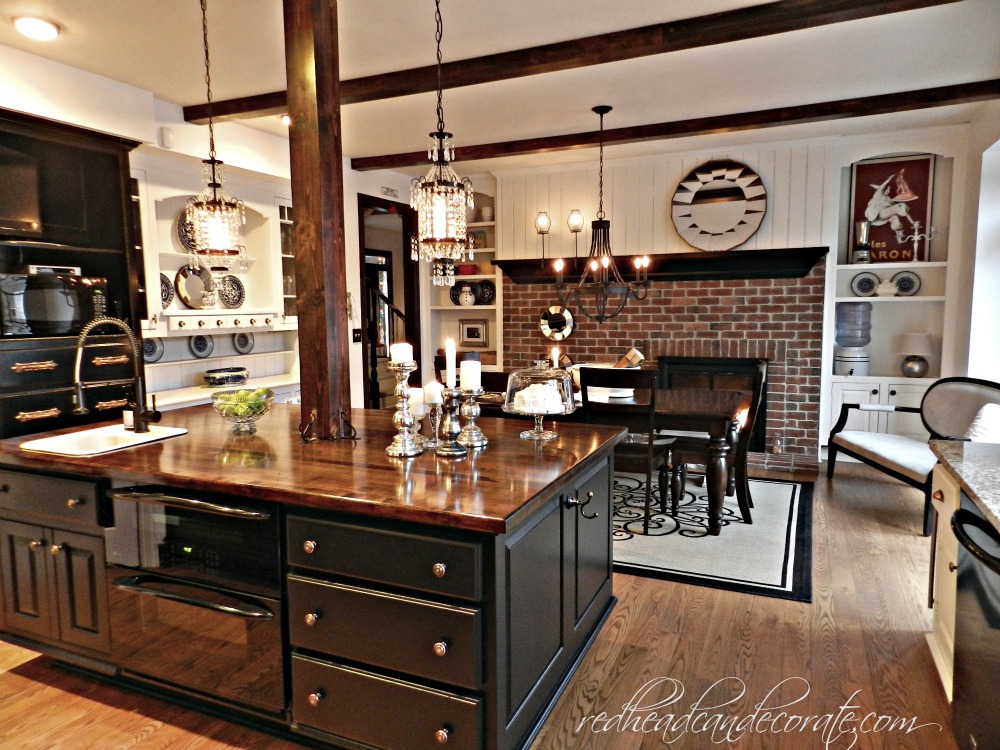 Not the worst news, but still. Another bump in the road we all had to ride including our school age children & my elderly parents. If you’ve ever moved across the country with children, you know why we were a little anxious. Speed forward through all of that, and the bumpy road led us here…. 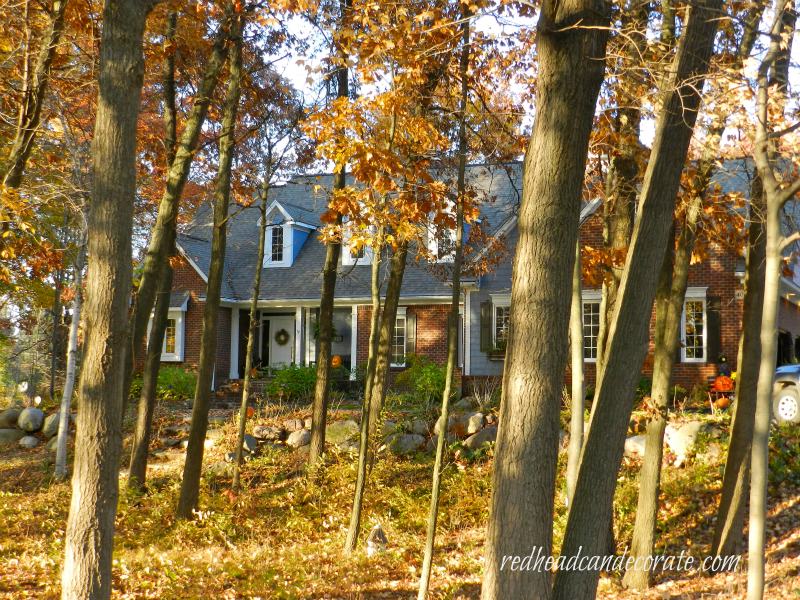 We purchased our home from a very nice woman who built the house with her husband in 1994 as their “dream home”. Unfortunately, her husband passed away and she couldn’t maintain it by herself. The house needed a ton of work, and updates. On a positive note, it had beautiful custom wood throughout, and most of it was in perfect condition.
That leads me to the heart of the home and the reason I became a DIY Home Decor Blogger. 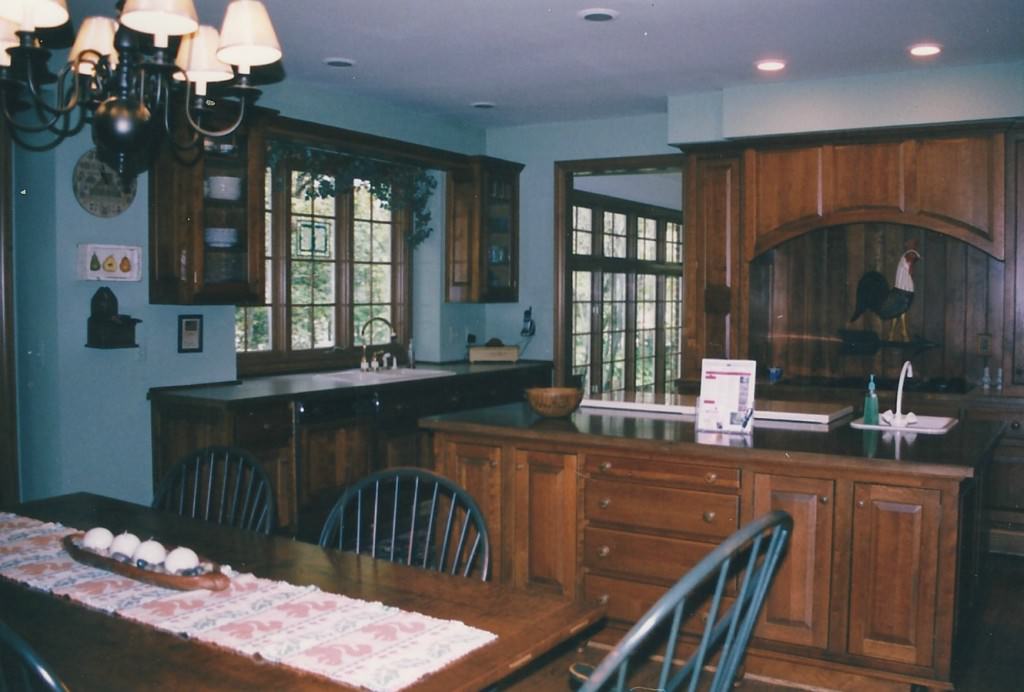 I fell in love with the windows, large island, and custom cabinets. To be totally honest, I had no idea what we were going to do to it, I just knew it had the best bones we had seen. We could work the details out later.
Later has come and gone, and this is where we are now. 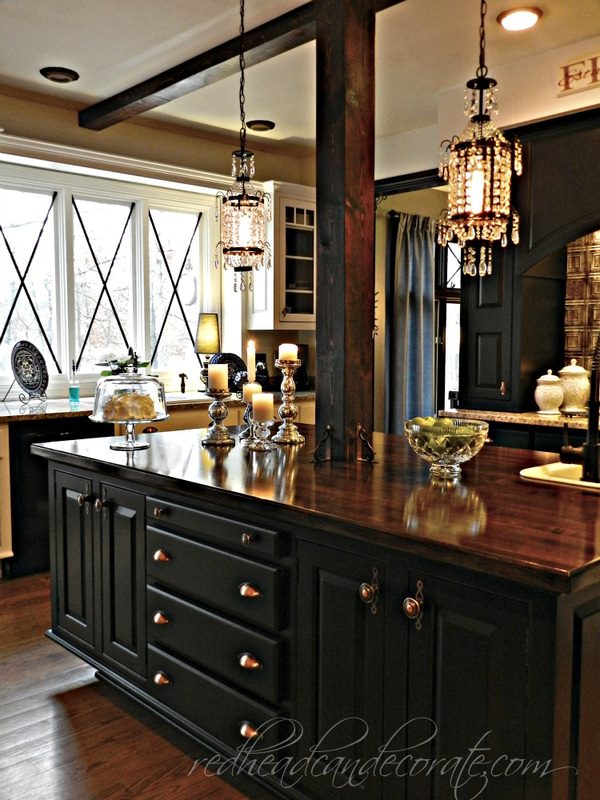 One thing led to another, and another, and another. I remember my hubby coming home from work after I had painted the hutch, and he said,”You’re going to go all the way around the kitchen, aren’t you?” I answered with, “Oh, no way. That would take forever.” 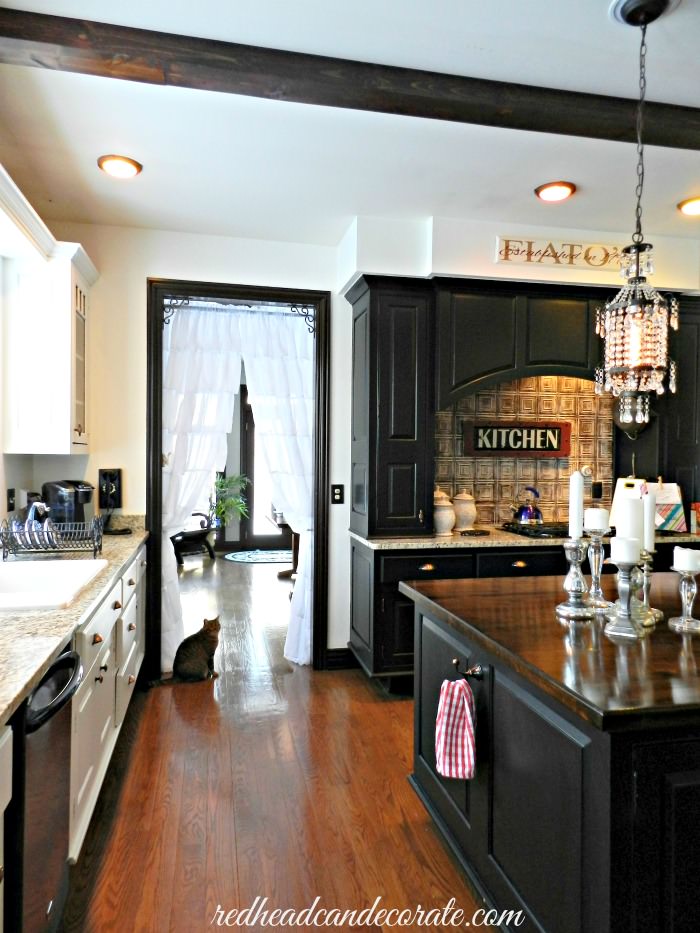 Forever came and went, and I painted, and painted. And painted. Some things twice, some things three times. The mantel? That was white, then it was brown, now it’s black. Same with the shelves…I did those in black first. Now they are white. 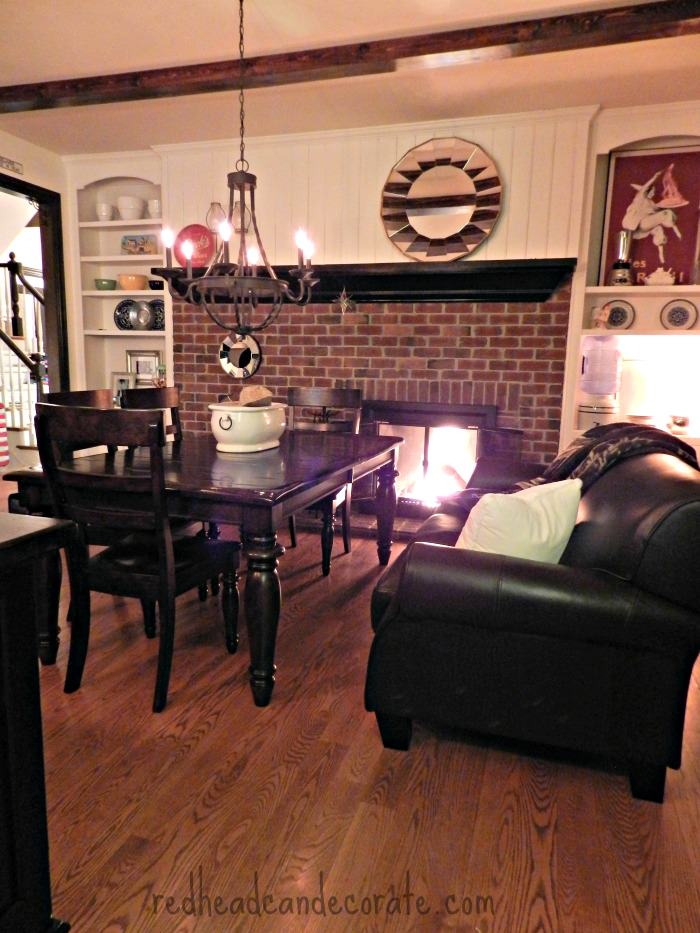 After we finally got the colors just right, we were able to complete the space.
From light fixtures, to wood beams we made in our garage, it was all on a budget. 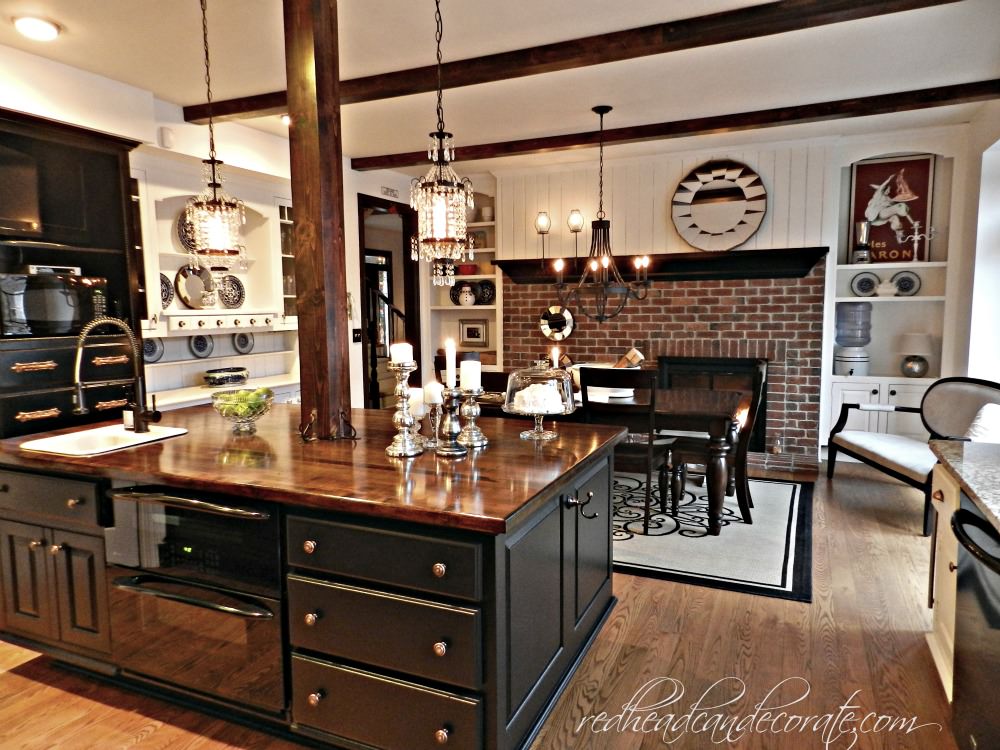 As the months, and years go by…I play house in here a lot. I’m actually sitting at that table right now. This kitchen is a canvas that I can re-create over, and over. 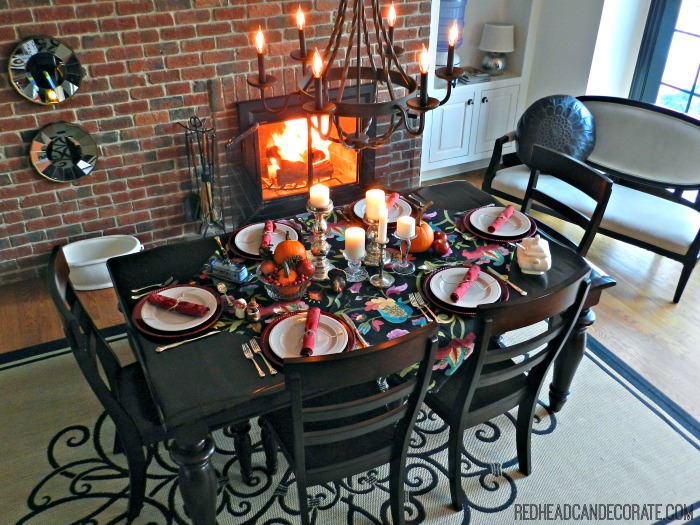 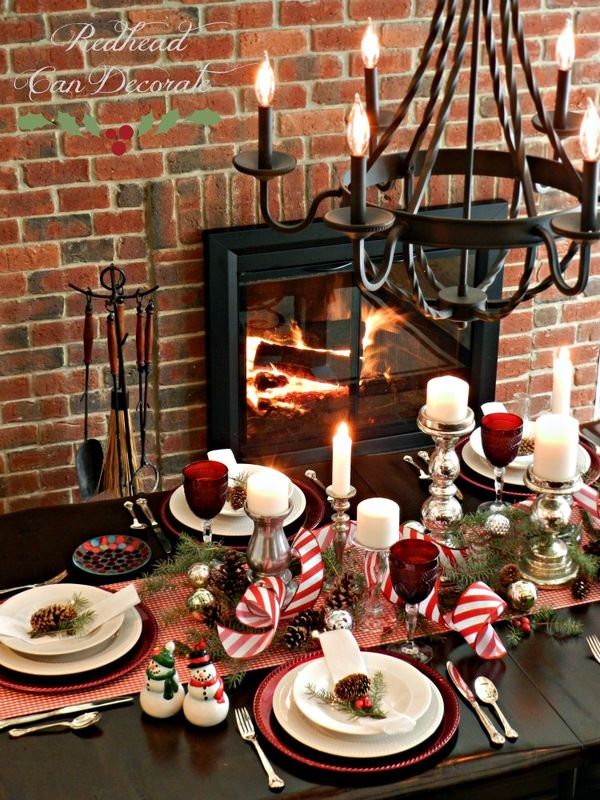 Into the New Year… 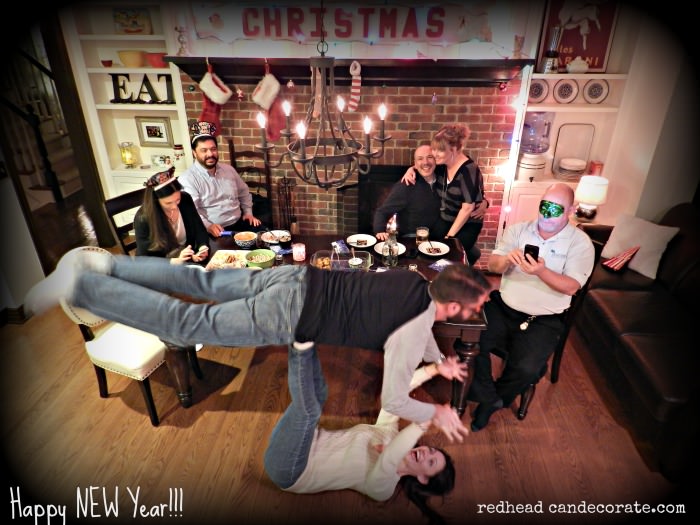 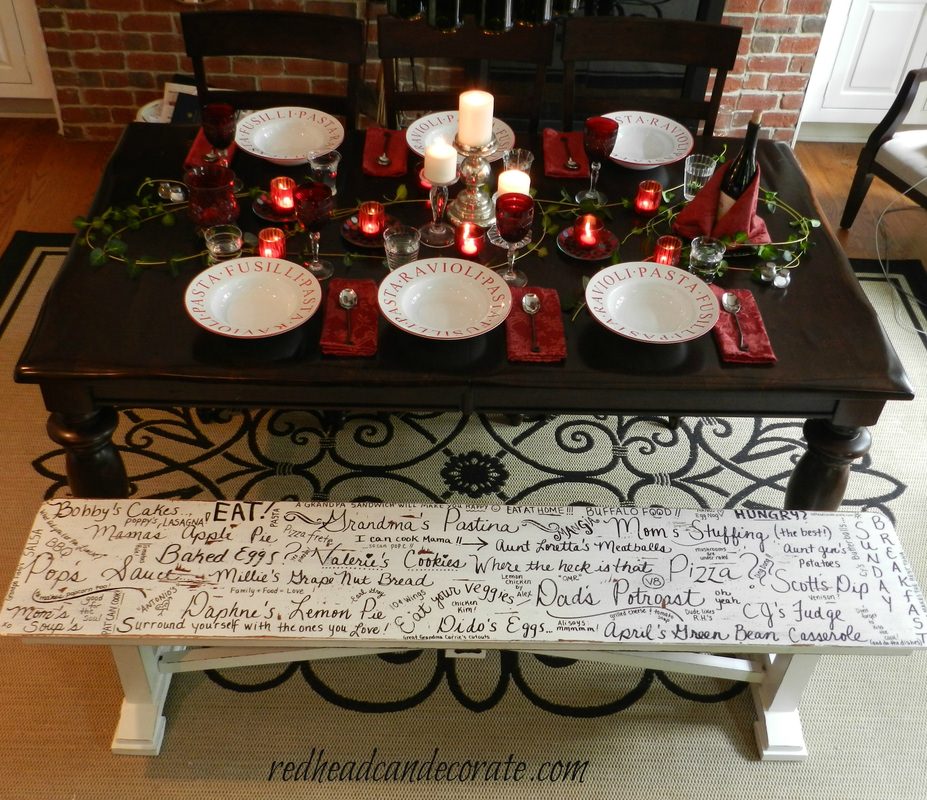 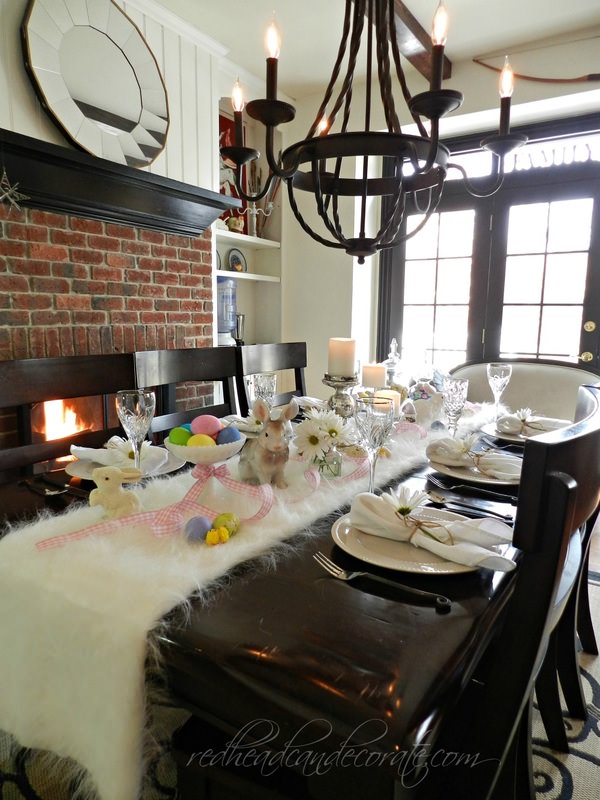 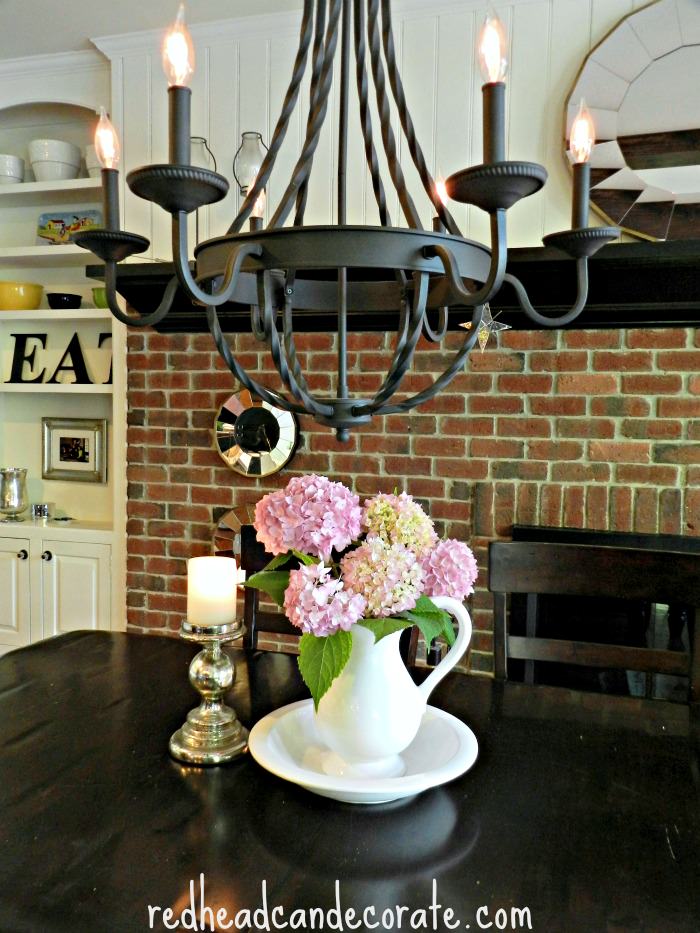 It’s not always perfect, and very rarely looks like the staged photos you see. 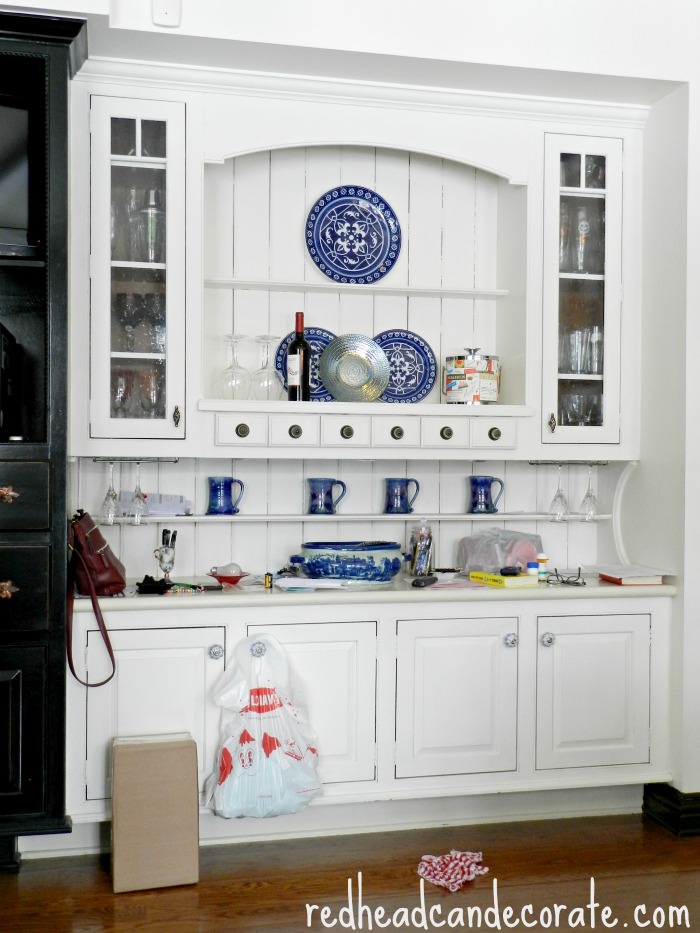 We’ve even weathered a few ice storms with no power, on Christmas no less. 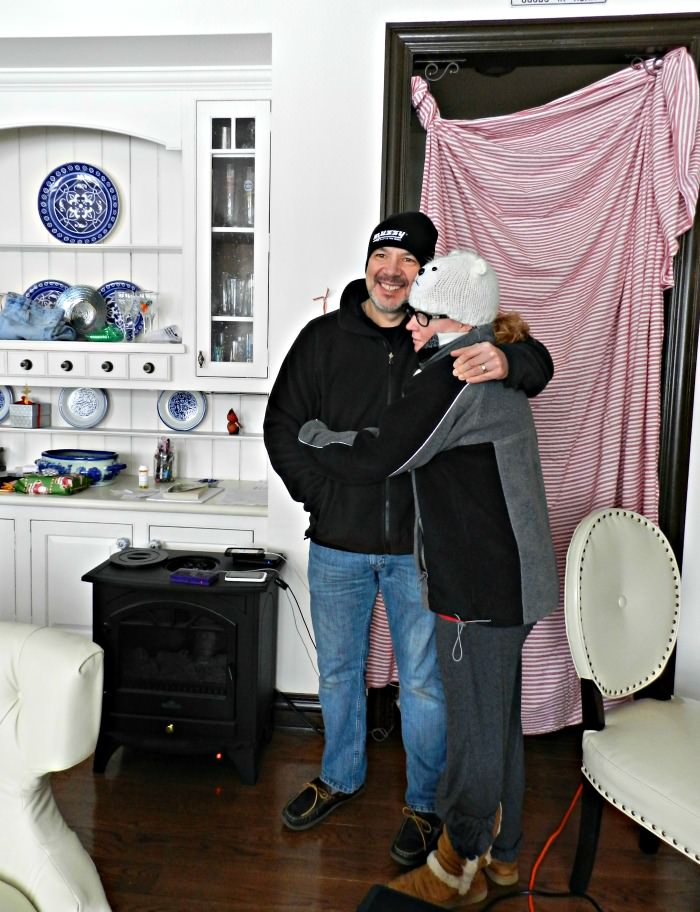 Our bumpy, uncertain road led us to more than just a pretty kitchen to decorate.
It brought us back to where we belong, with our family and friends, and where we are most happy.
I hope our story inspires you to not only take those bumpy roads, but maybe re-create in your own kitchen. 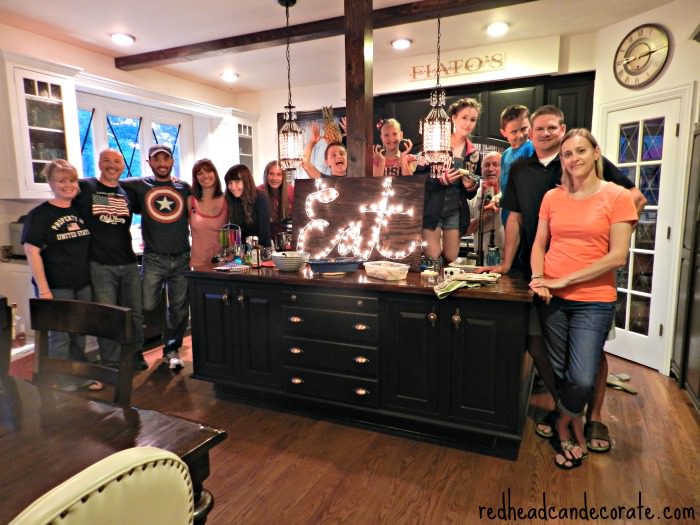 visit “One Special Kitchen” where you will find paint colors, and other specific details on how they did it all.

Previous Post: « Fall Home Tour and Fall Decorating Ideas
Next Post: Ain’t Got Nothin’ But Love For Ya! » 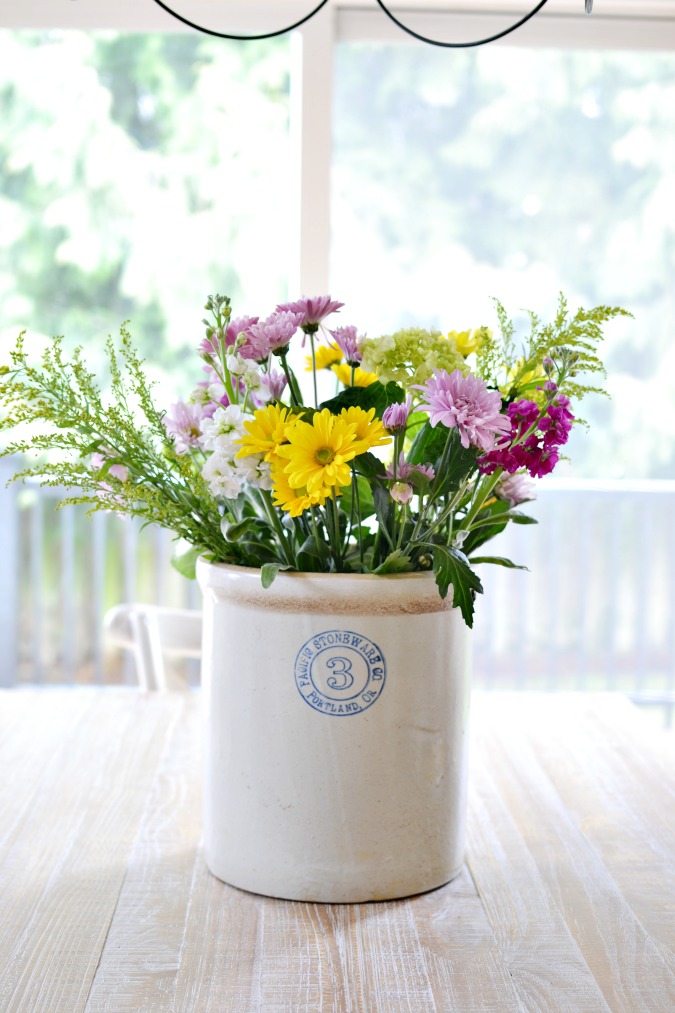